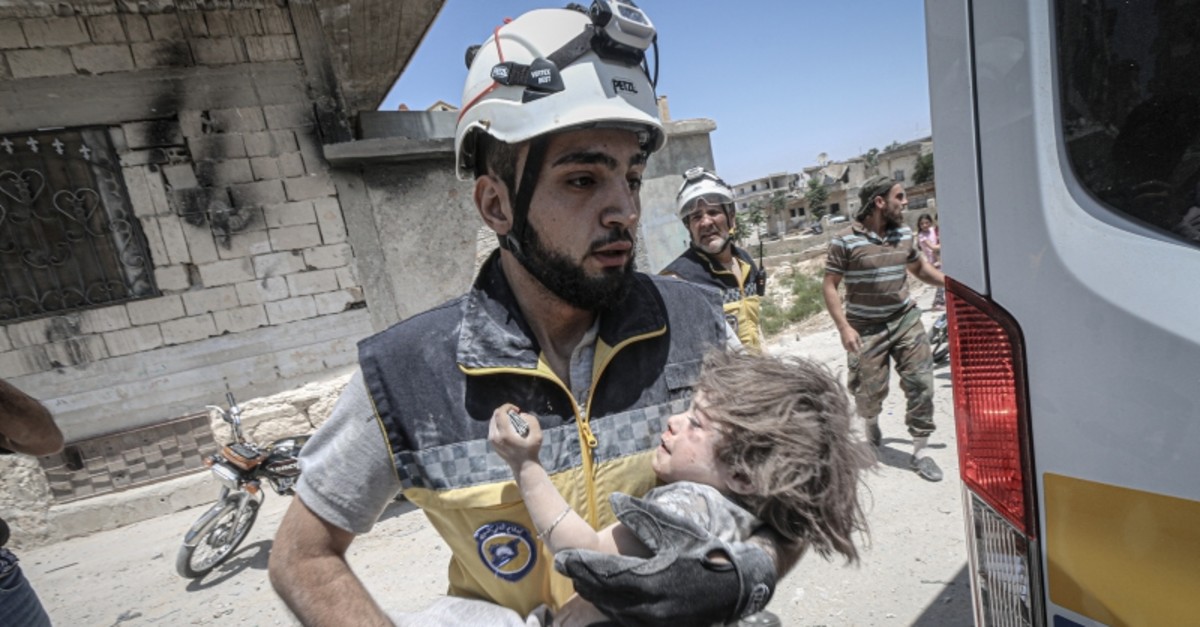 Bombardment by the Syrian regime and its Russian ally killed 18 civilians including five children in northwest Syria Wednesday, a monitor said, in the latest violence to hit the opposition-run bastion.

The Syrian regime and its Russian ally have stepped up their deadly bombardment of Idlib province and adjacent areas in Aleppo and Hama provinces since late April.

Among those killed Wednesday were 10 civilians including three children, all from the same family, hit by Russian air strikes on a farm near the town of Khan Sheikhun in Idlib province, the Syrian Observatory for Human Rights said.

Eight others including two children lost their lives in regime air strikes and artillery fire in other parts of the bastion of some three million people, the Britain-based monitor said.

The spike in violence since late April has killed around 720 civilians, according to the Observatory, which relies on sources inside Syria for its information.

More than 330,000 people have fled violence in the area over the past three months, the United Nations says.

On Monday, air strikes killed at least 50 civilians in various parts of the bastion.

Syria's war has killed more than 370,000 people and displaced millions since it started in 2011 with a brutal crackdown on anti-government protests.