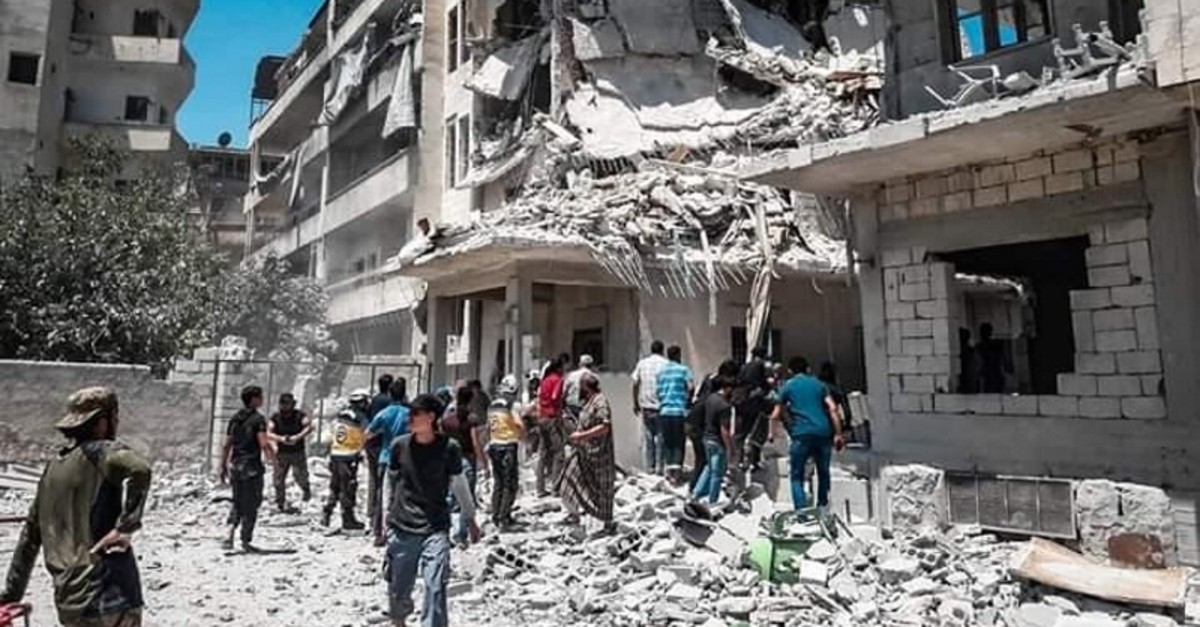 The U.N. human rights chief said intentional attacks against civilians in northwestern Syria were war crimes, referring to the latest onslaught by the Bashar al-Assad regime and its allies.

In a video statement by Michelle Bachelet released by the U.N. on Friday, Bachelet called alarm to international indifference to the rising civilian death toll caused by a succession of airstrikes in Idlib and other parts of northern Syria.

"Despite repeated calls by the U.N. to respect the principle of precaution and distinction in the conduct of hostilities, this latest relentless campaign by the government [Bashar al-Assad regime] and its allies has continued to hit medical facilities, schools and other civilian infrastructure such as markets and bakeries," said the statement, read by spokesman Rupert Colville.

It added that it was increasingly unlikely that these targets were hit accidentally, given the persistent pattern.

"Intentional attacks against civilians are war crimes and those who have ordered them or carried them out are criminally responsible for their actions," Bachelet stressed.

At least 12 civilians were killed in a Russian airstrike Thursday on residential areas in a de-escalation zone in northwestern Syria.

Areas that fall within the de-escalation zones in the provinces of Idlib, Hama and Aleppo were subject to intense regime and Russian airstrikes, as well as shelling.

The death toll in the de-escalation zone since Monday has risen to 79.

The de-escalation zone is currently inhabited by about 4 million civilians, including hundreds of thousands of people displaced by the regime forces from their cities and towns throughout the war-weary country over recent years.