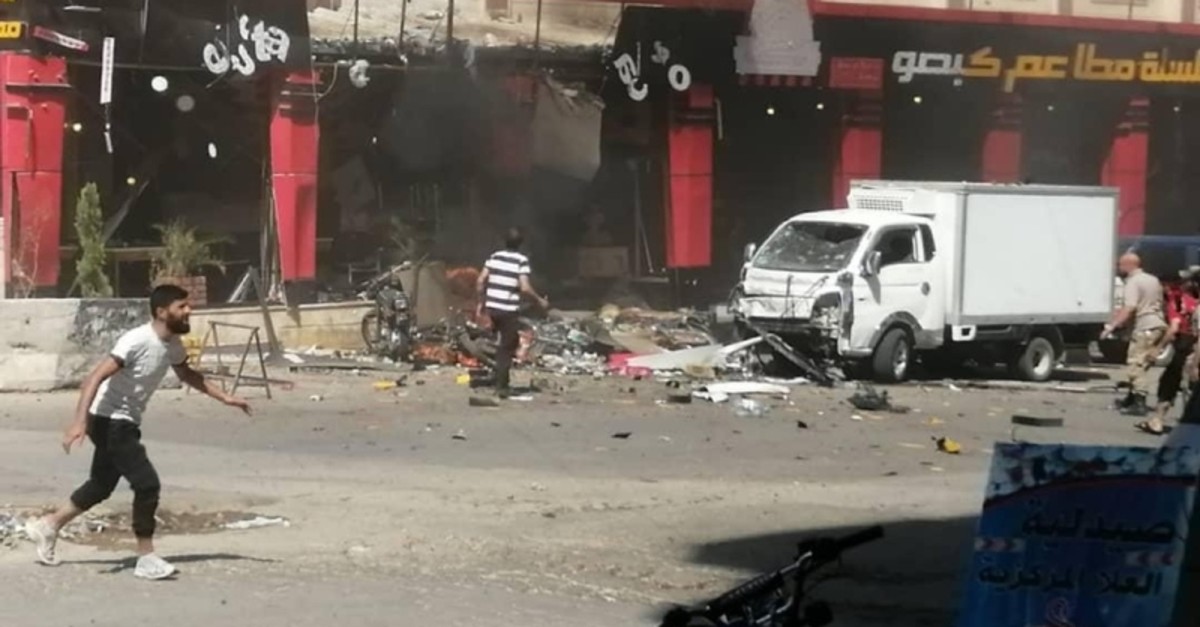 | IHA
by Anadolu Agency Jul 28, 2019 6:56 pm
At least one civilian was killed and another 16 wounded on Sunday when a bomb-laden motorcycle exploded in Afrin, northwestern Syria.

The attack was carried out by a bomb-laden motorcycle which was detonated in the city center of Afrin, according to local security sources.

The fuel that spread in the area triggered a fire after the blast.

Security forces are evaluating the possibility of a terrorist attack organized by the PKK-affiliated People's Protection Units (YPG).

Over the last three years, Turkey's Euphrates Shield and Olive Branch anti-terror operations have liberated the region from YPG and Daesh terrorists, allowing hundreds of thousands of displaced civilians to return to their homes.

The PKK -- listed as a terrorist organization by Turkey, the U.S. and the EU -- has waged a terror campaign against Turkey for more than 30 years, resulting in the deaths of nearly 40,000 people. The YPG is its Syrian branch.