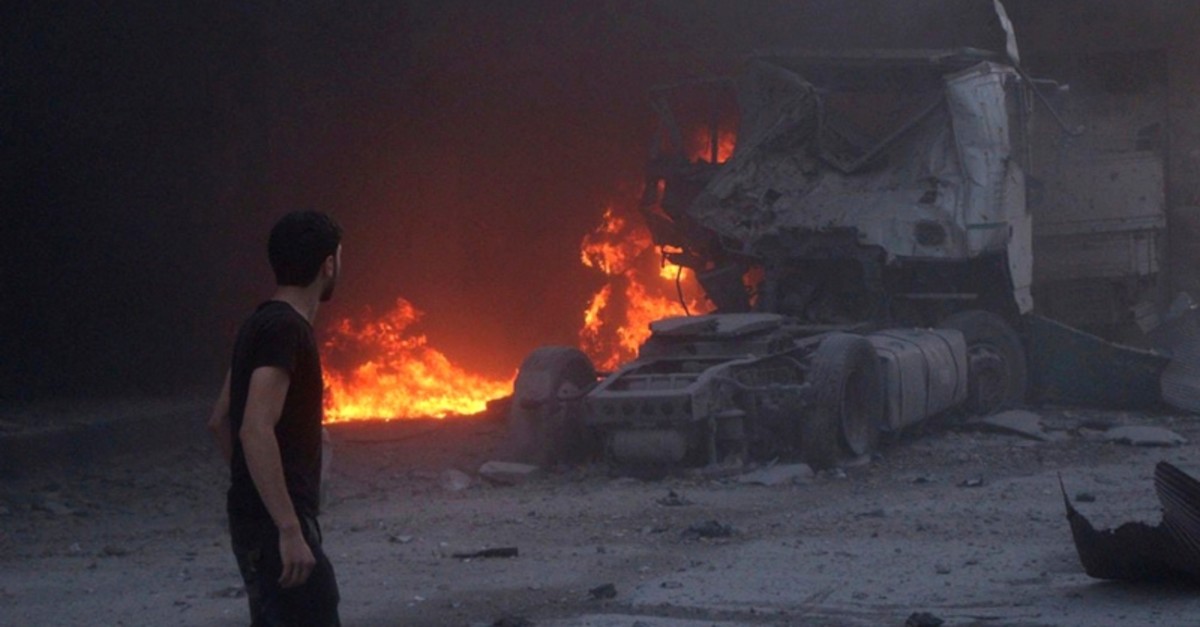 The United Nations Security Council is considering a draft resolution that would call for a truce in northwestern Syria "to avoid a further deterioration of the already catastrophic humanitarian situation," though diplomats said on Thursday that such a move is likely to face opposition from veto-power Russia.

Syria's Bashar al-Assad's forces, backed by Russian air power, have been waging an offensive in the Idlib region, the last remaining opposition-held territory in Syria's war, under the pretext of fighting terrorists in the region.

Kuwait, Germany and Belgium circulated a draft resolution, seen by Reuters, to the 15-member U.N. Security Council late on Wednesday that would express "outrage at the unacceptable levels of violence escalating in and around Idlib." It was not immediately clear when they aimed to put it to a vote.

"Three million people — two-thirds of them women and children — are counting on your support to make this violence stop," U.N. aid chief Mark Lowcock told the Security Council on Thursday.

Senior British diplomat Stephen Hickey, speaking at his last Security Council meeting, said that despite best efforts the council had failed the people of Syria. He noted Russia's 12 vetoes of resolutions to shield the Assad regime during the more than eight-year-long conflict.

"We must now come together urgently to stop the violence in Idlib and to protect Syrians from further suffering," he said.

President Recep Tayyip Erdoğan and his Russian counterpart Vladimir Putin on Tuesday agreed on steps to tackle militants in northwestern Syria and "normalize" the situation. Russian and Turkish forces in northern Syria are allies of opposing sides in the civil war.

U.N Secretary-General Antonio Guterres announced earlier this month that the world body would investigate attacks on U.N.-supported facilities and other humanitarian sites in northwest Syria. Russia and Assad regıme have said their forces are not targeting civilians or civilian infrastructure.

The locations of the U.N.-supported facilities and other humanitarian sites like hospitals and health centers had been shared with the warring parties in a bid to protect them. However, the United Nations has questioned whether it made them a target.

"The rules are clear," Lowcock said. "People's homes, hospitals, schools, water systems and markets must be protected. There can be no reason, rationale, excuse or justification for the destruction of civilian areas on the scale seen in Idlib."