The Heartbleed hit list: The passwords you need to change right now 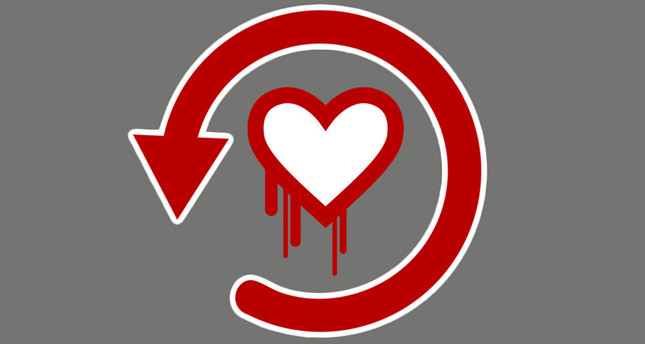 by Daily Sabah Apr 11, 2014 12:00 am
An encryption flaw called the Heartbleed bug is already being called one of the biggest security threats the Internet has ever seen. The bug has affected many popular websites and services — ones you might use every day, like Gmail, Facebook, Instagram, Pinterest, Tumblr and Amazon — and could have quietly exposed your sensitive account information (such as passwords and credit card numbers) over the past two years.

But it hasn't always been clear which sites have been affected. Mashable tech site reached out some of the most popular social, email, banking and commerce sites on the web. We've rounded up their responses below.

Some Internet companies that were vulnerable to the bug have already updated their servers with a security patch to fix the issue. This means you'll need to go in and change your passwords immediately for these sites. Even that is no guarantee that your information wasn't already compromised, but there's also no indication that hackers knew about the exploit before this week. The companies that are advising customers to change their passwords are doing so as a precautionary measure.

Although changing your password regularly is always good practice, if a site or service hasn't yet patched the problem, your information will still be vulnerable.


3 things you can do to protect yourself

>> Wait for an official announcement from any secure website or service that you normally use regarding a security update.

>> After you've confirmed that the site or service has installed a security update, change your passwords.


>> For at least the next week, keep an eye on any of your sensitive online accounts (banking, webmail) for suspicious activity.

In the meantime, while websites are installing the latest version of OpenSSL to fix the bug, it would be a good idea to wait for confirmed updates on your favorite websites and services and then change your password, just to be as safe as possible.
Last Update: Apr 11, 2014 3:50 pm
RELATED TOPICS