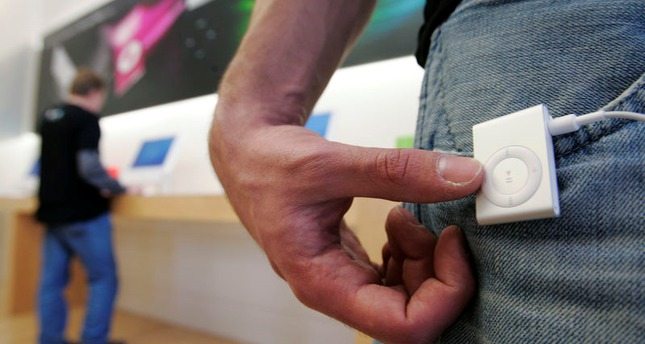 by Associated Press Dec 16, 2014 12:00 am
After just a few hours of deliberation, a jury in California found in favor of Apple on Tuesday in a billion-dollar class-action lawsuit over the price of its iPod music players.

The eight-member jury in U.S. District Court rejected a claim by attorneys for consumers and iPod resellers, who argued that Apple's use of restrictive software amounted to anticompetitive behavior aimed at freezing out competing makers of portable music players. Apple had argued that the software provided necessary security protection and was part of a larger package of features that made its iPods and iTunes music store popular with consumers.

Apple applauded the verdict in a statement: "We created iPod and iTunes to give our customers the world's best way to listen to music. Every time we've updated those products and every Apple product over the years we've done it to make the user experience even better."

Attorneys for the plaintiffs said they plan to appeal. "We're glad we got this to the jury," said attorney Bonny Sweeney, who had argued on behalf of the estimated 8 million consumers who purchased iPods from 2006 to 2009. But she asserted that a ruling by Judge Yvonne Gonzalez Rogers in Oakland, California, kept the jury from considering the full effect of the iTunes software update that was the focus of the trial.

The case was filed nearly ten years ago and dates to a time when anti-piracy software prevented iPods from playing songs downloaded from competing online outlets. Apple phased out the restrictive software several years ago, and the jury's decision has no effect on the company's current practices. But the plaintiffs argued that the software locked people into using iPods and allowed Apple to overcharge for the devices. Plaintiffs were seeking $350 million in damages, which could have been tripled if the jury found Apple violated antitrust laws.

While disputing the plaintiffs' calculations, Apple also argued that the iTunes software update was a legitimate product improvement, with a variety of consumer-friendly features. Rogers told the jurors that legitimate improvements are allowed under antitrust law, regardless of their effect on competitors. The judge told jurors that if they agreed with Apple on that point, they did not need to examine other arguments in the case. The jury began deliberating Monday afternoon.
Last Update: Dec 16, 2014 10:27 pm
RELATED TOPICS