Tech minister: Iran ready to let in Google, other firms 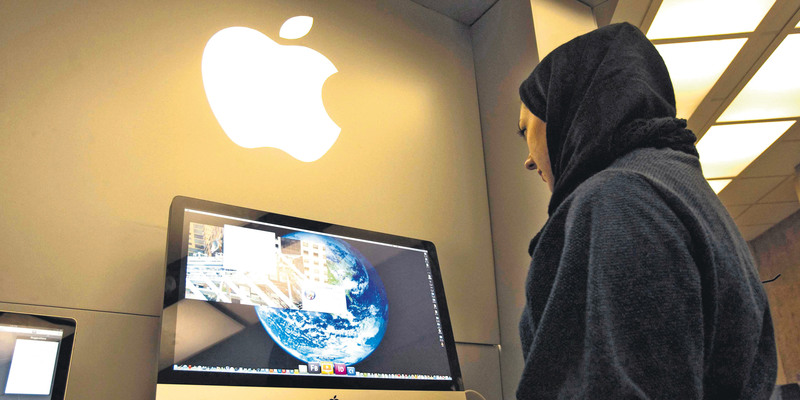 by Mar 01, 2015 12:00 am
Iran could allow Internet giants such as Google to operate in the Islamic republic if they respect its "cultural" rules, Fars news agency said Sunday quoting a senior official. "We are not opposed to any of the entities operating in global markets who want to offer services in Iran," Deputy Telecommunications and Information Technology Minister Nasrollah Jahangard told Fars. "We are ready to negotiate with them and if they accept our cultural rules and policies they can offer their services in Iran," he said.

Jahangard said Iran is "also ready to provide Google or any other company with facilities" that could enable them to provide their services to the region. Forty million people out of a population of around 78 million use the Internet in Iran. Authorities have regularly blocked access to networks including Facebook, YouTube and Twitter since protests against the disputed 2009 re-election of hardline president Mahmoud Ahmadinejad. Telecommunications Minister Mahmoud Vaez said in November that Iran would have "smart filtering" within six months to weed out Internet content authorities deem offensive or criminal. Internet censorship is a bone of contention between conservative hardliners and government members, including moderate President Hassan Rouhani who use social networks. Jahangard told Fars that sanctions imposed by the international community on Iran over its nuclear program could "create problems for American companies." "They are waiting for the international legal conditions to be cleared before they can operate conveniently (in Iran) but other companies outside the U.S. have come forward and started negotiations," he said. He did not name any of these companies but said that "some have accepted the conditions" laid out by Iran adding that "technical preparations are underway for them to enter the Iranian market." Britain, China, France, Russia, the United States and Germany are trying to strike an accord with Iran that would prevent it from developing a nuclear bomb in return for lifting international sanctions. Iran insists its nuclear program is purely civilian. A March 31 deadline for a political framework for the deal is looming.
Last Update: Mar 02, 2015 12:10 pm
RELATED TOPICS