Cash may be king, but smartphones seek to rule at the register 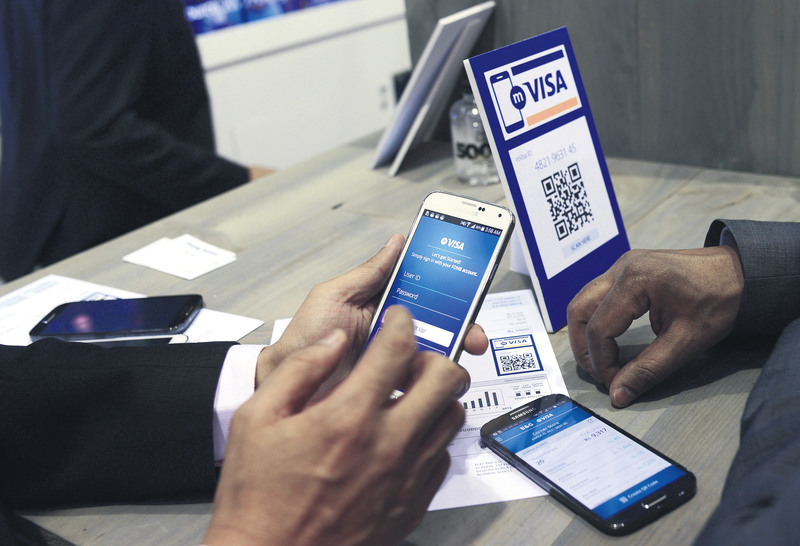 by Mar 09, 2015 12:00 am
Using your smartphone to make payments in shops or public transport should become more widespread this year, but its supremacy will depend on how successful retailers are in enticing people to keep their cards or cash in their pockets. The stakes are high for phone manufacturers and operators, not to mention banks, as the success of contactless systems where consumers sweep their smartphone over a reader could shake up the lucrative retail payments market.

But the chief executive of Ingenico, a leading manufacturer of payment card terminals as well as new contactless systems, doesn't see people as ready to give up their debit cards just yet. "Smartphones will be a small part of the market, but the main payment mechanism will remain the traditional (card) terminal, which will continue to see growth," said Philippe Lazare, whose company manufactures more than one in three payment terminals in use worldwide. That view didn't stop Ingenico from announcing this past week at the Mobile World Congress trade show in Barcelona a contactless payments system compatible with Apple Pay.

Apple's adoption last year of NFC, or the near field communication standard, was a major step towards this becoming the dominant technology. Google has had a similar service, Google Wallet, available for a couple of years. NFC allows smartphones or other devices to communicate with one another within a distance of several centimeters (inches). This means consumers can quickly sweep their phones over readers rather than having to pull out a card, insert it into a terminal and wait to punch in a code. "It was a decisive step towards the creation of an ecosystem, but that may not be sufficient as several solutions are available," said Anne Bouverot, head of the GSMA trade association for mobile operators that organized the Barcelona event.

She said that it is also important to get people accustomed to using their phones for making payments by using them elsewhere, such as with public transportation systems that have adopted contactless technology like in London or Paris.

All high-end smartphones are now coming equipped with NFC. Some are coming with added security features, like the new Samsung Galaxy S6 unveiled at Barcelona that has a fingerprint scanner. Google last month bought Softcard, a rival to its Google Wallet co-founded by U.S. mobile operators AT&T, T-Mobile USA and Verizon in 2011.

And Samsung recently acquired LoopPay, whose technology links up with the magnetic strip readers in existing payment terminals instead of NFC. This system transmits card details via secure magnetic signals to the reader when held up against it.
Last Update: Mar 09, 2015 12:32 pm
RELATED TOPICS