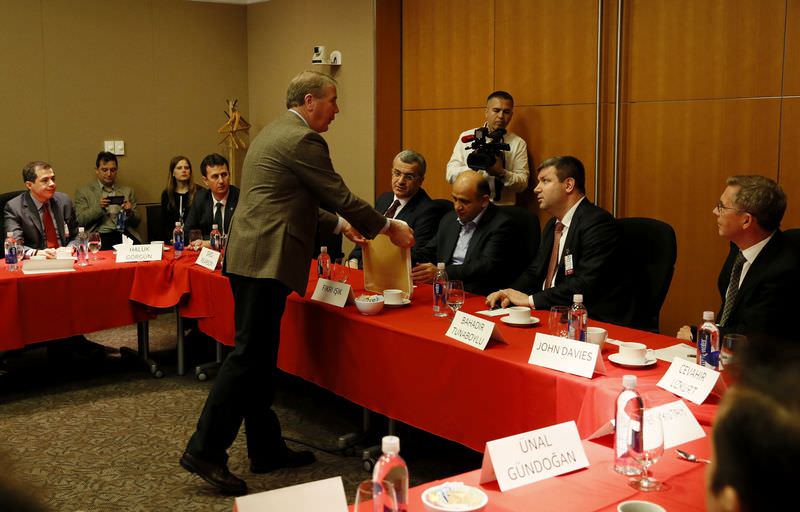 by Anadolu Agency Mar 22, 2015 12:00 am
Fikri Işık, Turkey's Minister of Science, Industry and Technology invited U.S.-based Turkish academics and entrepreneurs to support Turkey by returning to work in their homeland.

"For those academics who want to return to Turkey our gates are entirely open and we have prepared all the necessary infrastructure for them to be adopted," Işık told the Anadolu Agency in San Francisco.

Işık visited the Middle East Technical University Entrepreneurship Center in San Francisco on Saturday, which was the last stop in his four-day long visit to the U.S.

He said that Turkey also offers support to those who do not want to return to Turkey but work and live in the world's technology center, San Francisco.

"Our proposal for the people who want to continue living here is: come, let's carry out joint projects; come and contribute to Turkey's science and technology from here," Işık said.

He said that Turkey would support such projects. "You win, Turkey wins," he said.

The minister said that, after many consultations with Turkish academics and entrepreneurs in the U.S., they have seen the need for Turkey to pass some legislative changes.

Over the past few days, the Turkish minister visited Silicon Valley giants HP, Oracle, Intel, Apple, Cisco and Google, and called on them to establish research and development centers in Turkey and not to see the country only as a customer.

Turkey has been working in recent years to establish a Silicon Valley-inspired industrial region in Istanbul, Turkey's biggest city and economic capital.

"With the Informatics Valley project, which will be built on a 3 million square meters area, we want to turn our country into a global research, development and innovation base," Işık told Turkish academics at a workshop in Stanford University, California, on Friday.