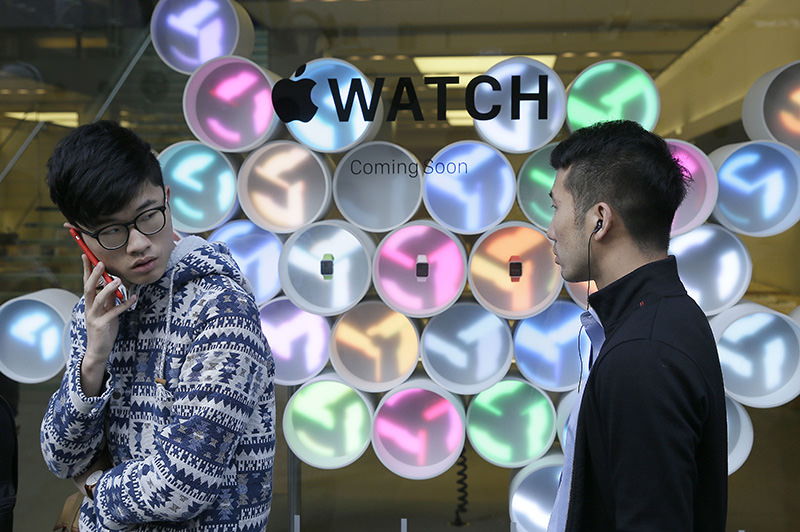 | AP Photo
by Daily Sabah with Wires Apr 13, 2015 12:00 am
Apple's first smart watch Apple Watch has already received nearly one million pre-orders on the first day in the USA.

The technology giant launched the pre-order period last Thursday, but large amount of orders and an insufficient number of products forced many of the models to go out of stock for months.

Many users have already put the smart watches they bought on sale on online shopping platforms for nearly twice what they paid.