Nokia in talks to buy all of French rival Alcatel-Lucent 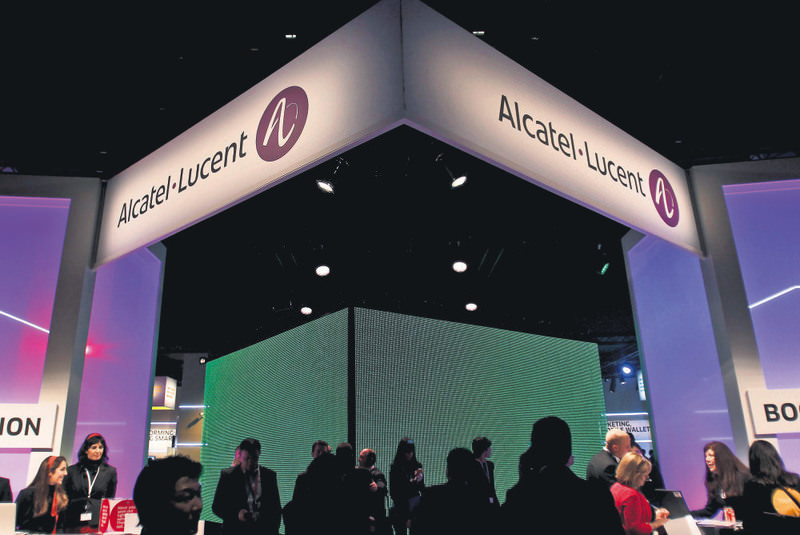 The company is in talks to buy French rival Alcatel-Lucent in a deal that could create a European telecoms equipment group worth 40 billion euro. It comes a year after Nokia sold its handset business to Microsoft

Finnish telecoms equipment maker Nokia said yesterday it was in talks to purchase all of its Franco-American rival Alcatel-Lucent, with the aim of creating a telecoms and Internet technology behemoth. "Nokia and Alcatel-Lucent confirm that they are in advanced discussions with respect to a potential full merger, which would take the form of a public exchange offer by Nokia for Alcatel-Lucent," the company said in a statement. "There can be no certainty at this stage that these discussions will result in any agreement or transaction," it added. Nokia is valued at around 29 billion euro, almost three times as much as Alcatel, which had a market capitalisation of 11 billion based on Monday's closing share price. The Finnish company was the world's biggest mobile phone maker for more than a decade until it was overtaken by South Korea's Samsung in 2012.

Then in 2014, Nokia sold its mobile phone and tablet division to U.S. software giant Microsoft, and the company now develops mobile and Internet network infrastructures for operators. Its focus is on mobile technologies such as LTE and 4G, and its mapping and location system subsidiary called HERE. Yesterday's announcement came a day after reports that Nokia was in talks to acquire Alcatel-Lucent's wireless infrastructure business. Rumours have swirled since December of a possible deal between the two firms, with France's Les Echos reporting on Monday that executives had been in negotiations since January.

The purchase would represent a significant boost in market share for Nokia. The Alcatel-Lucent wireless infrastructure unit alone accounted for 36 percent of total sales for the Paris-based company in 2014, according to Bloomberg, generating 4.7 billion euros ($5 billion) in revenue.

The deal would help Nokia bolster its mobile infrastructure business against Swedish arch-rival Ericsson and China's Huawei, profiting from Alcatel's position as a leading supplier of 4G and LTE mobile networks and related services.

Finnish equity research firm Inderes said Nokia was taking a "risk". In the technology sector, "the history of mergers is scary," it wrote on Twitter.

The merger of France's Alcatel with U.S. Lucent is a case in point: since merging in 2006, the company has posted losses every year with the exception of 2011. Alcatel-Lucent has undergone numerous restructuring programmes, including the current "Shift" plan launched in June 2013 focusing on its IP services, "cloud" storage services, and mobile and landline broadband.Nokia employs some 55,000 people worldwide, while Alcatel-Lucent employs almost 53,000. The Finnish group, which has sat on most of the 5.4 billion euros made from the sale to Microsoft, has been trying to rebuild its finances after incurring several years of losses in its former mobile phone division. The three main credit rating agencies still rate Nokia as a "junk bond", meaning it is a risky investment for its creditors. In 2014, Nokia posted a net profit of 1.16 billion euros, a five-fold increase over the previous years owing largely to a tax gain. Bloomberg reported Friday that Nokia, in a bid to boost its finances, was seeking out potential buyers for its mapping and location unit HERE, which it values at some 2 billion euros.
Last Update: Apr 15, 2015 3:16 pm
RELATED TOPICS