Netflix adds 5 million viewers in the first quarter of 2015 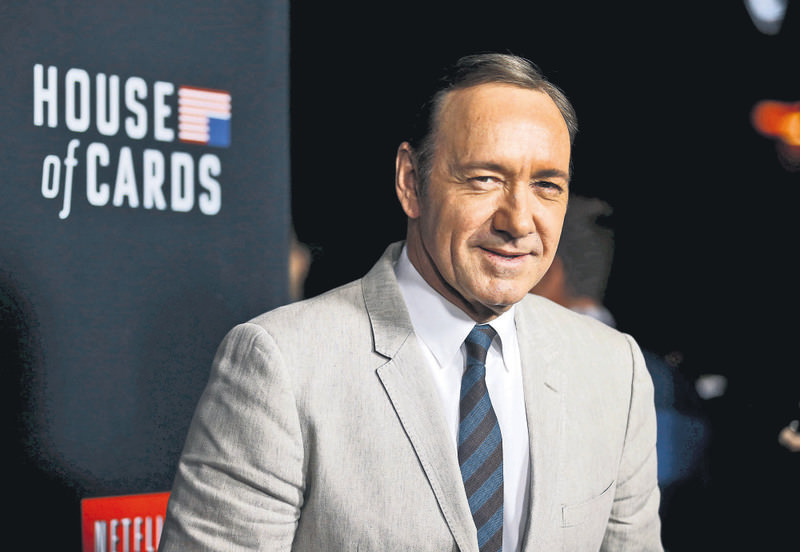 by Associated Press Apr 16, 2015 12:00 am
Netflix is enthralling viewers and investors alike as popular original programming such as "House of Cards" lure subscribers at a quickening pace. Netflix said yesterday that it gained 4.9 million subscribers in the first three months of the year, more than any other quarter since the video streaming service's debut eight years ago. About 2.3 million of the new customers were in the U.S., where Netflix's subscriber count surpassed 40 million for the first time. The results were far better than management had anticipated. Netflix had been hoping to add about 4 million subscribers in the quarter, which typically is a busy period because winter weather keeps people indoors more frequently. The company is on such a roll that it now expects to add another 2.5 million subscribers during the April-June quarter, traditionally its slowest time of year. Netflix's big quarter coincided with the return of "House of Cards," an Emmy-winning political drama starring Kevin Spacey as a conniving U.S. president. The February release of the series' third season attracted more viewers than ever, Netflix said, though the company didn't provide specific audience sizes. Two other made-for-Netflix series, "The Unbreakable Kimmy Schmidt" and "Bloodline," also helped the company retain existing subscribers and attract new customers curious about the programs. Netflix plans to spend more money advertising its expanding lineup of original programs while also using its recommendation system to pinpoint more subscribers likely to enjoy certain series that are unavailable on other services. "In this particular quarter, we had some amazing content," Netflix CEO Reed Hastings said in a video review of the company's first-quarter financial results. "All of that compounded to push us forward."

Original programming is becoming increasingly important for Netflix as it faces more competition from other services, including an ınternet-only option that pay-TV channel HBO recently started selling this month for $15 per month. That price is well above Netflix's streaming service, which typically costs $9 per month. Hastings said HBO's price underscores what a bargain Netflix is.

All told, Netflix ended March with 62.3 million subscribers in more than 50 countries. They watched more than 10 billion hours of video collectively during the first three months of the year an average of nearly two hours a day for each subscriber. Despite the growth, Netflix missed analyst' earnings targets as the company invested in an ongoing international expansion that is supposed to be completed by the end of next year. Netflix also was hurt by the stronger dollar, which lowered its revenue outside the U.S.Investors didn't seem to mind. Netflix's stock soared $53.04, or 11 percent, to $528.50 in extended trading after the numbers came out. ıf the shares follow that trajectory in Thursday's regular trading session, the stock will break the $500 barrier for the first time.

The price may not stay that high much longer because Netflix is getting ready to split its stock for the first time since 2004. A split lowers the trading price of a stock by issuing more shares. Netflix is hoping the split will drum up even more interest in its stock by making it more affordable to a wider pool of investors.
Last Update: Apr 16, 2015 11:20 pm
RELATED TOPICS