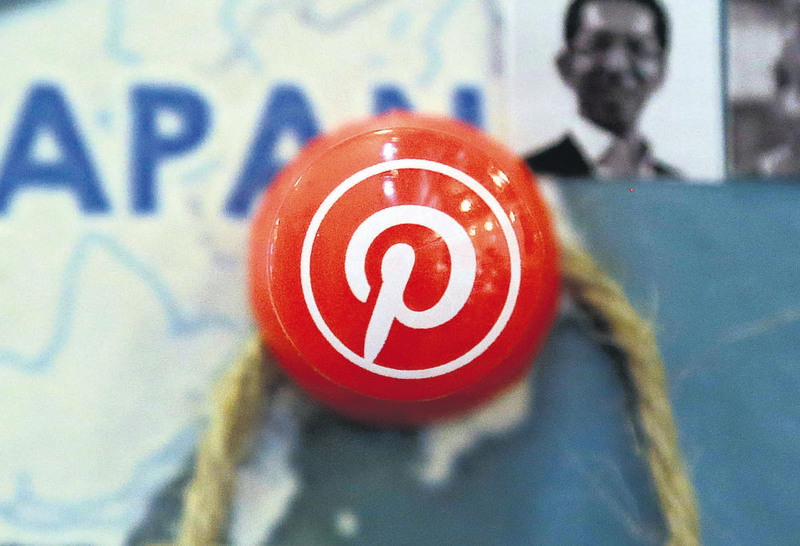 Pinterest, one of the Internet's hottest new websites, particularly among women, has debuted a new way for retailers to sell products using its service. Users can shop on the site by clicking on ‘pinned' products

Pinterest said Tuesday it is diving into e-commerce with "pins" that let people buy items they like at the popular online bulletin board.

"Pinterest is already designed to work like a catalogue, so we wanted to find a way to weave buyable pins into the pages people already know," co-founder and chief executive Ben Silbermann said during an event at the company's headquarters in San Francisco.

"Buyable pins are a simple and secure way to buy the products you love right from inside Pinterest," he said. Pinterest buy buttons will debut on iPhones and iPads in the United States later this month.

No timeline was given for when buy buttons might be available in Pinterest applications for Android powered devices or when they might go international. "Believe me, we want to make sure that any pinner in the world can buy anything they want on Pinterest," head of core products Jack Chou told AFP. "We wanted to start with a beautiful experience on iPhone and iPad; this is just a big first step." Apple Pay or credit cards will be the options for paying at Pinterest, which built the service with partners including Shopify. Pinterest announced in March that it had raised $367 million in new capital, pushing its valuation to $11 billion.

The new funds will help fuel global expansion plans for the fast-growing social network which calls itself a "visual bookmarking tool." Pinterest has become one of the Internet's hottest new websites, particularly among women, by giving people virtual bulletin boards that they can decorate with pictures showcasing interests in anything from food to sports, to fashion or travel.

"Buyable pins will allow us to not only find the right audience and convert them faster, but they will be able to buy in-the-moment as they are discovering our products," said Sumeera Rasul, founder of Madesmith.com, which showcases items made locally and sustainably by hand.

"I am super excited for buyable pins to be launched soon." Pinterest sells advertising in the form of "promoted pins," but did not plan to charge fees to buyers or sellers using the coming buy buttons.

People interested in buying items they see posted at Pinterest are referred via links to outside websites.

Silbermann said the number of "pins" at Pinterest has grown by 75 percent annually and now tops 50 billion.

Pinterest's move into e-commerce came the same day that Facebook-owned Instagram announced plans to open its advertising platform at its popular photo and video sharing service to marketers big and small.

Instagram had been working with a few selected brands to experiment with weaving money-making ads into streams of imagery served up on smartphones or tablets.

"Later this year, we will continue to connect businesses to the right people through expanded targeting options," Instagram said in an online post. "Working with Facebook, we will enable advertisers to reach people on Instagram based on demographics and interests, as well as information businesses have about their own customers."

Instagram promised users controls to tune the relevance of ads displayed. There are more than 2 million advertisers actively using Facebook, and marketers will be able to spring off the leading social network's platform to get into Instagram, according to the online post. Instagram planned to start working selectively with Facebook marketing partners and then expand globally through the year. "People want to connect with businesses of all sizes on Instagram, from their favorite local clothing stores and restaurants to the largest brands in the world," it said in the post.
RELATED TOPICS