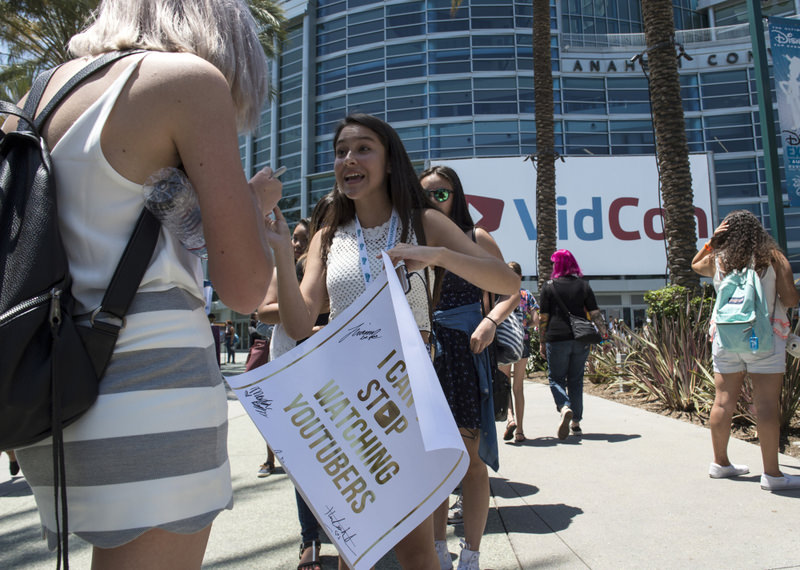 by Associated Press Jul 24, 2015 12:00 am
When 29-year-old YouTube star Meghan Tonjes launched a podcast with crowd-funding site Patreon a year ago, it was one of dozens of things the singer-songwriter was doing to grind out a living online. Today, it's paying her rent.

Along with posting performance videos on YouTube, touring, selling songs on iTunes and "vlogging" (video blogging), Tonjes sits down twice a week with her roommate in Los Angeles to talk about "Adventures in Roommating." Nearly 100 online patrons donate a total of close to $700 per podcast, just to listen and maybe get a shout-out. Tonjes grew her audience on YouTube, where she has amassed more than 210,000 followers since 2006. But collecting a check from her cut of YouTube ad revenue is no longer her main source of income.

"If YouTube disappeared tomorrow, I want to know that I can go play shows, do podcasts and live without being dependent on one site or one app," she says.

With YouTube taking about a 45 percent cut of ad revenue from videos posted on the site, YouTubers and companies that manage them are hunting for new ways to make money from the audiences they've built on the platform. That will be a big topic of conversation at VidCon, the annual convention in Anaheim, California, that kicked off Thursday. Robert Kyncl, head of content and business operations at YouTube, welcomes the challenges to its online dominance, even if other platforms are enticing creators with better cuts of revenue.

Richer creators will "have more and better content to publish on YouTube," he says. "We don't live in a world that is mutually exclusive." A panoply of ways to earn money outside of YouTube have recently emerged. Facebook announced this month that in the fall it would start sharing ad revenue with a select few creators like the NBA, Fox Sports and Funny or Die. Video-game streaming service Twitch already shares subscription revenue from followers with top gamers, and a site called YouNow allows online fans to give tips to talent with coins bought with real money in live stream forums.

FameBit is also venturing into paid content, launching a talk show series called "FilterFreeTV" that will sell on iTunes for $1.99 per episode.

YouTube personality Kayla Lashae, 22, who has made a living for three years with videos about trying out bags and testing things like electric toothbrushes, says it's a good idea to branch out with the co-hosting gig.