'Way to rule the world is to rule technology' 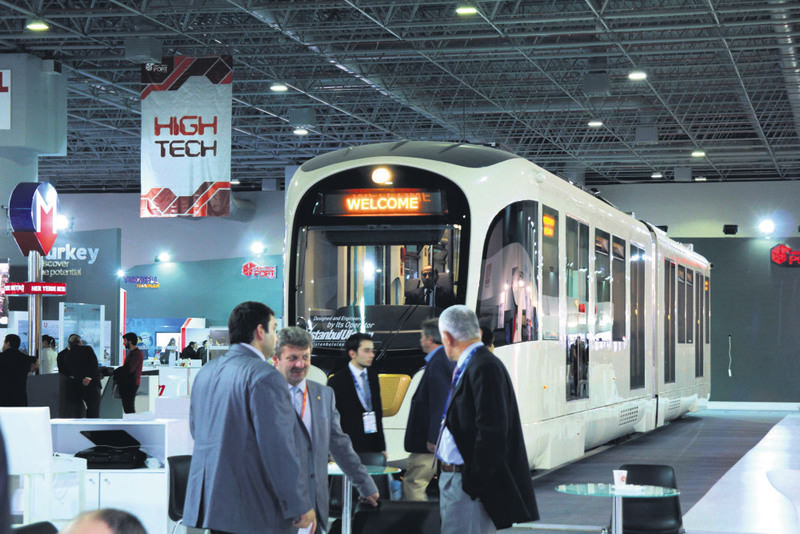 Hakan Kurt, the general coordinator of High-Tech Port by MÜSİAD, the Independent Industrialists and Businessmen's Association (MÜSİAD), underlined that the Turkish defense industry can meet more than half of local demand and is also capable of exporting its local products to the world

﻿Kurt added that the Turkish defense industry can challenge the international defense industry as well. In an exclusive interview with Daily Sabah, we discussed the details of the fair with Kurt. 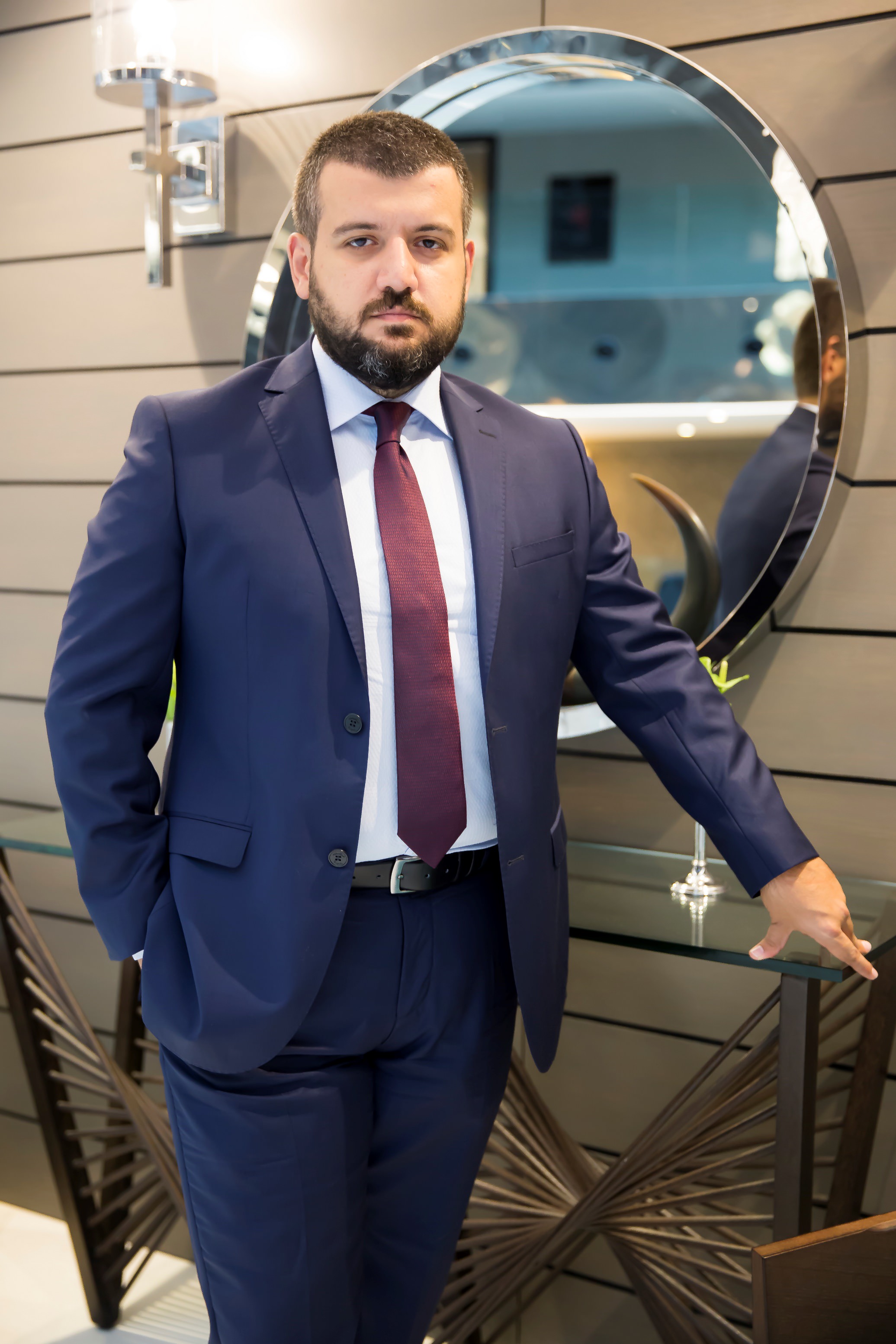 Kurt said a philosophical trend based on the fact that "in order to manage the world, technology should be innovative" is also the solution for the "middle income trap" Turkey is in. "Innovative technology opened the doors of Constantinople to Mehmed the Conqueror and brought the welfare of a fair world," Kurt said, and added that the Internet had become the main transmitter of the American Dream and began U.S.'s golden age.

The added-value of high-technology boosts economies

Kurt said high-technology, advanced and strategic sectors have become the dynamic foundation of economies, and that while Turkey's economy has increased from $200 billion to $800 billion within the last 10 years, the next 10 years should be planned according to this aggressive growth. Last year, the export value per kilogram of Turkey's defense industry was around $30. However, now the export value per kilogram of the Atak helicopter produced in Turkey is $10,000 and the export per kilogram of the Göktürk 2 satellite is $100,000, which indicated that the only way for Turkey to progress is to produce and market high-technology products, according to Kurt.

"We need to evaluate this from a wider angle and consider the whole of Turkey," Kurt said. A MÜSİAD research report in 2012 indicated that the main obstacle standing between Turkey and development is the middle income trap. "There are many examples of this trap in the world, as many developed countries could escape this trap within 30 years or more, except South Korea and Taiwan. They have experienced it for 17 to 18 years. There is only one exit from this trap: A fast and fair rule of law that is based on advanced technologies, production with added-value and education," Kurt said. Kurt emphasized that when the economic modeling of South Korea and Taiwan is examined, it is evident that their economy is based on value-added high-technologies. They are also good examples for Turkey to follow.

MÜSİAD has established a bridge between the present and the past since it was founded in 1990. Moreover it has drawn a roadmap for commerce based on Islamic morals. It has integrated businesspeople with the world, supported development and the progress of a larger export market in Turkey. According to Kurt, MÜSİAD has always had a principled stance even in the toughest times Turkey has underwent; therefore, High-Tech Port aims to develop and manage the brand perception of "high, advanced and strategic technologies."

The first High-Tech Port by MÜSİAD was organized from Nov. 26-30, 2014, with the participation of President Recep Tayyip Erdoğan at the 18th International Business Forum. More than 7,250 foreign participants from 123 different countries along with hundreds of thousands of Turkish businesspeople had attended the event. The event triggered cooperation between Turkey and its allies. A total of 74 Turkish defense firms attend the first event and various local products were introduced to both the local and global networks. Kurt deemed the project as the showcase of the progress Turkey has made within the last 10 years.

"We need to underline that then Prime Minister Erdoğan had suspended various purchasing deals that had already been made at the Defense Industry Executive Committee Meeting in 2004, and reserved the funds, energy and labor for product development in Turkey instead. As a result of 10 years of product development work, various national products including the Atak helicopter, Altay Tank, MİLGEM, Göktürk-2 Satellite, national infantry rifle and domestic drones have been development," Kurt said. He also added that High-Tech Port creates a vision of introducing the strength obtained by Turkey to the markets of friendly countries.

Qatar was chosen as the location for the second High-Tech Port at last year's conference as a result of discussions between MÜSİAD Chairmen Nail Olpak, Erdoğan and interim Prime Minister Ahmet Davutoğlu. The main reason behind this decision was the Turkish Defense Industry Executive Committee choosing the Gulf region as its target market and the positive diplomatic relations between the two countries.

Given this strong cooperation between the two countries, it is very significant for High-Tech Port to be held in Qatar as well as for the target goals of both countries. The event will not accept firms and corporations from any other countries and offers a business development model based on productivity.

The 19th International Business Forum will be held at the same time as the fair under the title "The Sustainable Defense Industry and High-Technology Cooperation between Members of the Organization of Islamic Cooperation (OIC)" at the same exhibition center in Doha. The business development models to be developed during this event will be crucial for both countries, and each will decide on future projections after the conference concludes.

A total of 67 firms and institutions from Turkey will be joining High-Tech Port. As of today, 1,000 Turkish government officials, executives and businesspeople have reserved their places at the fair. As Qatar sees this common future project as a state event, the event will take place under the stewardship of the Qatari emir and is supported by the Qatari Ministry of Defense, Qatar Armed Forces, ictQATAR, Qatar Ministry of Interior, Qatar Ministry of Economy and Trade, Qatar Airways, Qatar Finance Center, Katar Manateq and Qatar Information and Technology Park. Strategic Qatari partners for the event include the Qatar Businessmen Association and Qatar Ministry of Foreign Affairs' Permanent Organization Committee.

"I would like to repeat the wise words of our defense minister, Vecdi Gönül: "The world that has been ruled from Topkapı Palace for hundreds of years is looking for a new axis within the new systems, and this axis is the art of "information and using information," which all superpowers hold," Kurt said.

He also said that Sultan Abdülhamid I followed technological developments 150 years ago and had envisaged the roadmap of technology in a new world order. Highlighting that Turkey only has three communications satellites while the U.S. has 400, Kurt said there were many obstacles before the rise of the private sector until Turgut Özal era. Kurt also underscored that the production requirement of the defense industry imposed by the 1974 embargo enabled the industry to be able to meet half of its requirements as well as export to the rest of the world.

Turkey will be challenging France in Qatar

Kurt said the accomplishments achieved within the past 10 years and the end products manufactured have increased the competitive power of Turkey in the international arena. Now, Turkey's ability to challenge global power centers has drawn attention to its defense industry. Moreover, Qatar's latest defense purchase was of 24 fighter airplanes from France for $7 billion. "Today, with the progress Turkey has made, it is challenging and competing with France in the Qatari market. Joint projects in both defense and aviation is increasing the common market of the countries; therefore, a strategic partnership should be established to benefit from such trade," Kurt said.

Kurt also highlighted that the importance placed by Erdoğan on technology along with the efforts of various units, including the Defense Ministry, Ministry of Science, Maritime and Communications and the aggressive and productive politics applied by the Undersecretariat of Defense Industry and the Scientific and Technological Research Council of Turkey (TÜBİTAK), is shaping the future of Turkey in this respect. "MÜSİAD receives much support in Turkey and is offering a global vision to country with the network connections it has provided," Kurt said, and deemed High-Tech Port a historical challenge to the established global defense industry from Turkey.

High-Tech Port is expected to pave the way for Turkey and Qatar to develop joint products for Turkey's national aircraft called TRJet and to receive orders for special use and military jets. Also, the fair will help Turkish companies undertake the project of a training center for Qatar's independent telecommunications regulator ictQATAR and aid ASELSAN in establishing a permanent base in the Gulf region. Turkish Technic, the technical arm of Turkish Airlines, is expected to develop joint business with Qatar Airways in the upcoming period as well.