Ericsson signs global patent deal with Apple; to work on 5G technology together 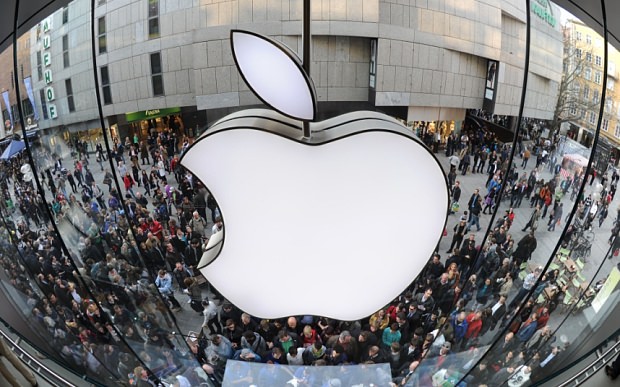 | AFP Photo
by Dec 21, 2015 12:00 am
Swedish mobile telecom gear maker Ericsson said it had signed a patent license deal with Apple Inc over technology that helps smartphones and tablets connect to mobile networks, sending its shares up much as 8 percent.

The deal ends a year-long dispute with Apple, one of the biggest legal battles in mobile technology and Ericson said it would pave the way for cooperation between the companies on future technologies.

Ericsson had said in its filing to a U.S. district court in January that Apple's license to use the technology developed by the Swedish firm had expired, and that two years of negotiations had not led to a new deal.

An Apple spokesman in Europe had no immediate comment, referring to a January statement by the firm where it said it had deep respect for intellectual property and was willing to pay a fair price for rights to patents.

While Ericsson did not specify exactly how much the Apple deal would contribute to sales and earnings, UBS analysts said in a research note it believed the deal meant a catch-up payment of 3.6 billion crowns for 2015, including a one-off sum of 0.5 billion covering items such as legal fees.

UBS estimated the agreement would boost Ericsson's operating profit by 13 percent in 2015 and 10 percent in 2016, providing 775 million crowns per quarter in licensing fees.

"It means we can continue to work with Apple in areas such as 5G radio network and optimization of the network," Alfalahi told Reuters, but declined to provide further financial details.

Investment bank ABG Sundal Collier said in a note to clients it believed the deal meant Apple would be charged around 0.5 percent of its revenue on iPads and iPhones by Ericsson.

Ericsson shares were up 5.6 percent by 1227 GMT, on track for their biggest one-day gain in 17 months.

Shares in Finland's Nokia, which by the end of January will get an arbitration verdict over how much South Korea's Samsung will have to pay it in patent licensing fees, rose 2.4 percent.

Ericsson filed the complaint against Apple over mobile technology license payments, responding to a lawsuit filed by the iPhone maker that month.

In a statement, Ericsson said the agreement included a cross license covering both companies' patents and resolved all pending patent-infringement litigation between the companies.

Analysts had estimated that if the dispute with Apple went Ericsson's way, the U.S. firm would have to pay it between 2-6 billion Swedish crowns annually, based on estimates of levels of handset sales and royalty payments per phone.

Ericsson has more than 100 patent licensing agreements and holds about 37,000 patents for mobile communication.