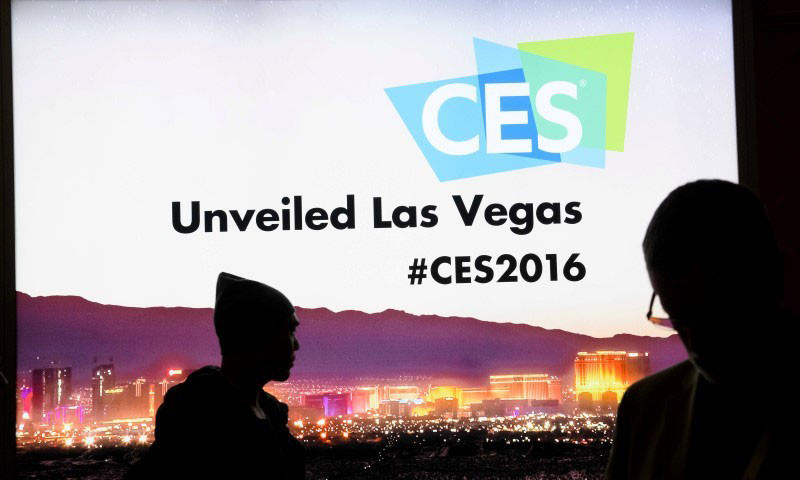 HaLow Wi-Fi was unveiled athe Consumer Electronics Show in Las Vegas on January 4,2016. (REUTERS Photo)
by Daily Sabah Jan 07, 2016 12:00 am
Imagine if your Wi-Fi could transmit from one kilometer away, without the help of any extender? The next generation Wi-Fi technology introduced by the Wi-Fi Alliance promises exactly that.

The Wi-Fi Alliance announced its newest creation during the Consumer Electronics Show in Las Vegas on January 4: the Wi-Fi HaLow. The upgraded Wi-Fi promises to offer twice the range of today's Wi-Fi standards and run on much less power.

The Wi-Fi HaLow will be able cover a greater distance than the 2.4 and 5GHz Wi-Fi protocols which can currently only transmit up to 500 meters-a smidge longer than a track and field stadium.

The Wi-Fi Alliance claims that the new technology will be able to transmit data up to 'a kilometer' at a reasonable rate. But this isn't the only promised breakthrough.

The 900MHz band HaLow will have better propagation which means that it will be able to transmit in the presence of various obstructions, along with greater penetration capacity—so walls or floors will no longer be a problem.

In traditional wireless technology, Wi-Fi dead spots are inevitable in houses or offices, which means that you will need wireless extenders in different rooms. This is another point where the Halow will come to the rescue, the Wi-fi alliance says.

It will also be able to transmit 1 or 2MHz channels, thus conserving power and a much longer battery life.

However, the HaLow may disappoint in transmission speed. As it wasn't designed to, so to say, surf the web or upload large amounts of data, it will not be sufficient as a high-speed general purpose wireless network solution.

Its intended purpose -transferring small bits of data infrequently- will instead benefit digital healthcare, as well as industrial, retail, agriculture, and smart-city environments.

The Wi-Fi HaLow is set to be the new standard by being able to connect smart homes, wearables and driverless cars. It promises to be small, powerful but with a lowerpower demand. Usual Wi-Fi devices demand high power and this has hindered developers from incorporating the technology into new projects.

With billions of devices with Wi-Fi technology in use today, the Internet-of-Things (IoT) World continues to expand and the HaLow surely has a lot of potential. For example, tiny battery-operated personal health tracker wrist bands will be able to connect to central servers of hospitals which will be able to provide real-time data and analysis-a phenomenon not possible with our-day Wi-Fi devices.

To support connectivity to HaLow-enabled devices, smartphones and tablets will need chips that support the technology which is set to become available in 2018.
RELATED TOPICS