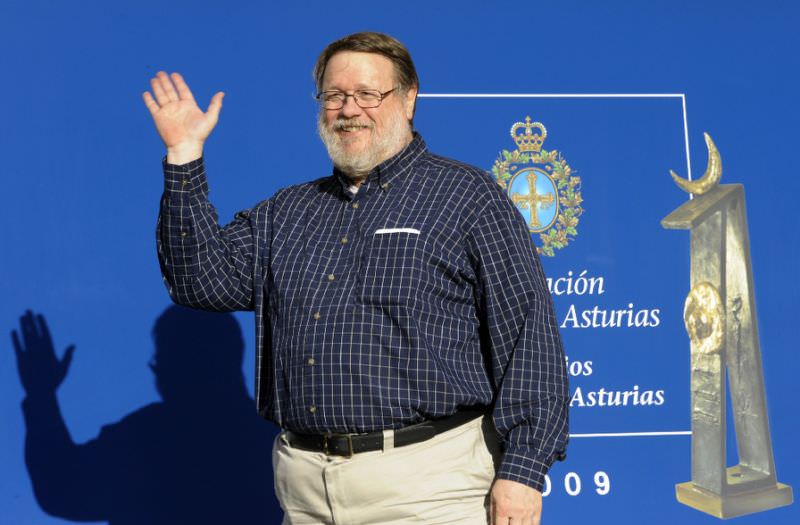 US programmer Ray Tomlinson, pictured in 2009, invented the user@host standard for email addresses. (AFP Photo)
by French Press Agency - AFP
Mar 07, 2016 12:00 am
Ray Tomlinson, the US programmer credited with inventing email in the 1970s and choosing the "@" symbol for the messaging system, died at the age of 74, his employer said.

Tomlinson invented direct electronic messages in 1971. Before his invention, users could only write messages to others on a limited network.

"A true technology pioneer, Ray was the man who brought us email in the early days of networked computers," his employer, the defense contractor and electronics giant Raytheon, said in a statement.

"His work changed the way the world communicates and yet, for all his accomplishments, he remained humble, kind and generous with his time and talents, he will be missed by one and all."

A company spokesman said Tomlinson died on Saturday, and the cause of death was not yet confirmed.

Tributes poured in from the online world.

"Thank you, Ray Tomlinson, for inventing email and putting the @ sign on the map. #RIP," Google's Gmail team tweeted.

Vint Cerf, considered one of the fathers of the Internet who was once a manager of the US Defense Advanced Research Projects Agency (DARPA), lamented the "very sad news" of Tomlinson's passing.

When Tomlinson invented the "user@host" standard for email addresses, it was applied at DARPA's ARPANET, a US government computer network that is considered the Internet's precursor.

He was the first to use the @ symbol in this way, to distinguish a user from its host.

At the time personal computers were virtually unknown, and the use of personal email -- now a keystone of electronic communications -- would not be adopted at a mass scale until the 1990s.

Tomlinson, a graduate of the Rensselaer Polytechnic Institute and the Massachusetts Institute of Technology, detailed his creation on his blog in an attempt to prevent legend from overtaking the facts.

"The first message was sent between two machines that were literally side by side" connected only through ARPANET, Tomlinson wrote.

"I sent a number of test messages to myself from one machine to the other. The test messages were entirely forgettable and I have, therefore, forgotten them.

"Most likely the first message was QWERTYUIOP or something similar," he added, referring to the first row of letters on the traditional English-language keyboard.

"When I was satisfied that the program seemed to work, I sent a message to the rest of my group explaining how to send messages over the network. The first use of network email announced its own existence."

The international non-profit Internet Society, which promotes Internet-related education, standards and policies, said that the Internet community "has lost one of our true innovators and pioneers."

Tomlinson was inducted into the society's Internet Hall of Fame in the "innovator" category in 2012.

According to his Hall of Fame biography, Tomlinson's email software was widely distributed for years, "and proved to be an exceptionally innovative solution."

"I see email being used, by and large, exactly the way I envisioned," Tomlinson told the online tech publication The Verge in May 2012.