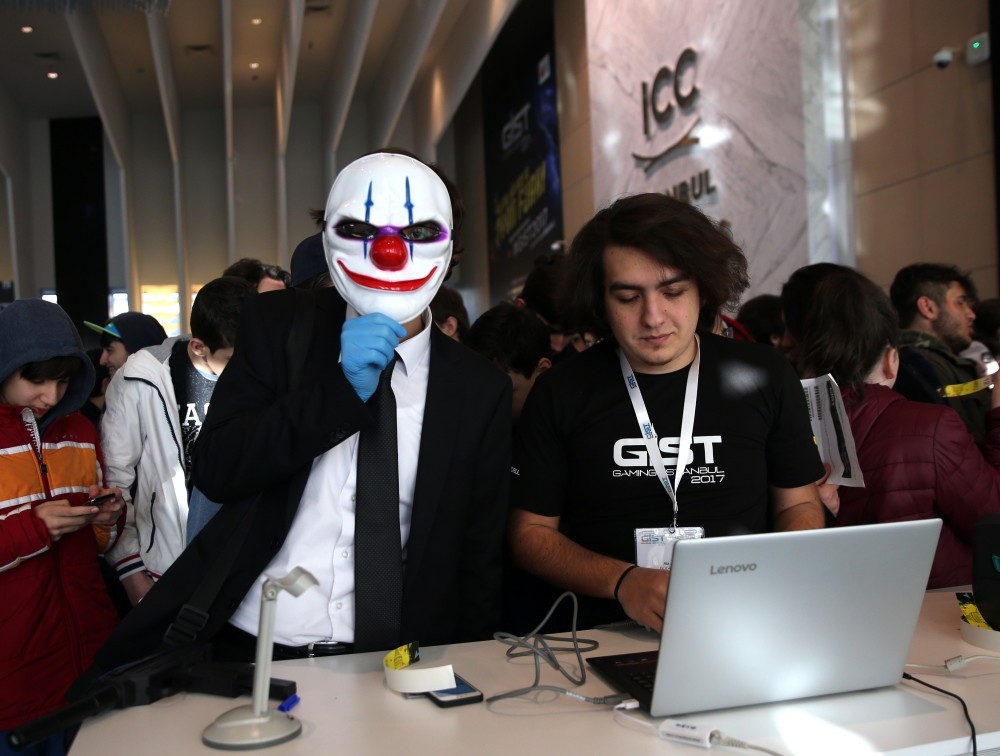 One of the world's biggest game companies, Tencent, was among the participants at the venue, featuring the 5v5 mobile MOBA game, "Strike of Kings." Tencent will bring gamers together for the "Strike of Kings" tournament where gamers will compete for GIST 2017's first prize of TL 120,000 ($32,188). More tournaments will be held at the exhibition, including "League of Legends"with a $14,000 prize, the "FIFA 17" tournament featuring a $15,000 prize and the "VainGlory" tournament with a $4,000 prize, all sponsored by GameCell Hive Fest.

Microsoft Turkey will launch its new gaming console, Xbox One S while Sony Playstation will also launch its "VR" (Virtual Reality) at the exhibit.

International Game Developers Association (IGDA) Executive Director Kate Edwards spoke about game development, saying: "We try to encouraging game developers with kickstarter campaigns. We also keep in touch with local game developer associations. The profile of the average game developer has changed over the last five years. Many game developers consider themselves "amateurs," choosing to do this for fun rather than professionally. Many gamers are accountants, bankers and professionals from a variety of sectors but at night, they become full-blown game developers."

Also, touching on the U.S.'s immigration policy, Edwards said they are angry about the situation and people should not be restricted, adding that the IGDA is helping game developers to get clearance for the U.S.
RELATED TOPICS