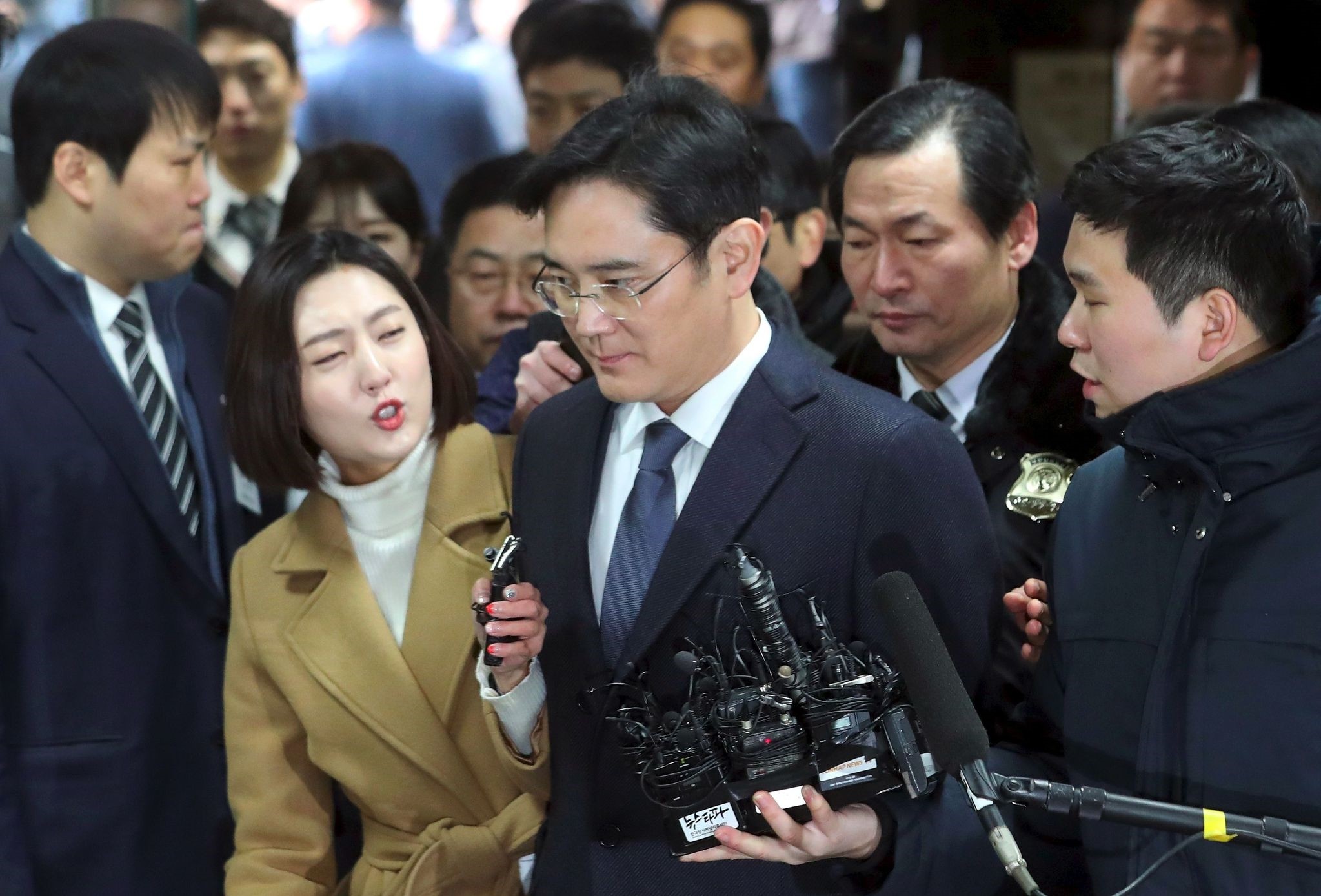 A South Korean court approved on Friday the arrest of a billionaire heir to Samsung accused of bribery and other charges in connection to a massive corruption scandal.

The Seoul Central District Court's decision to issue a warrant to arrest Lee Jae-yong, 48, a vice chairman at Samsung Electronics and the only son of Samsung chair Lee Kun-hee, makes him the first leader in Samsung's history to be arrested on criminal charges. The arrest of the princeling of the country's richest family will likely shock the business community.

The court said new criminal suspicion and additional evidence show there were enough reasons to take Lee into custody. Prosecutors can detain him for up to 20 days before formally indicting him.

The court dismissed prosecutors' request to arrest Park Sang-jin, a president at Samsung Electronics overseeing external relations, saying that it was difficult to justify Park's arrest given his position and role within the company.

Lee avoided arrest last month when the court dismissed the prosecutors' request citing the lack of evidence. The special prosecution team, probing the influence-peddling scandal that led to the impeachment of the country's president, said they have gathered more evidence to strengthen their case and made a second request.

The 48-year-old was groomed to succeed his father. He stepped up his leadership role in recent years after the elder Lee fell ill in 2014. Though the ailing Samsung chair was convicted before, the 75-year-old has never spent time in prison.

Prosecutors accused Lee of giving bribes worth $36 million to President Park Geun-hye and her close friend Choi Soon-sil to win government favors for a smooth leadership transition. They are also investigating Lee on allegations of embezzlement of Samsung funds, hiding assets overseas and lying under oath during a parliamentary hearing.

Samsung has denied that it has offered bribes or sought any wrongful favors from the president.

Samsung was the biggest donor among dozens of South Korean companies that donated a total of nearly $70 million to two nonprofit foundations controlled by Choi, the president's friend. It also transferred millions of euros to Choi's company in Germany that financed equestrian training of her daughter and funded money to a winter sports center operated by her niece.