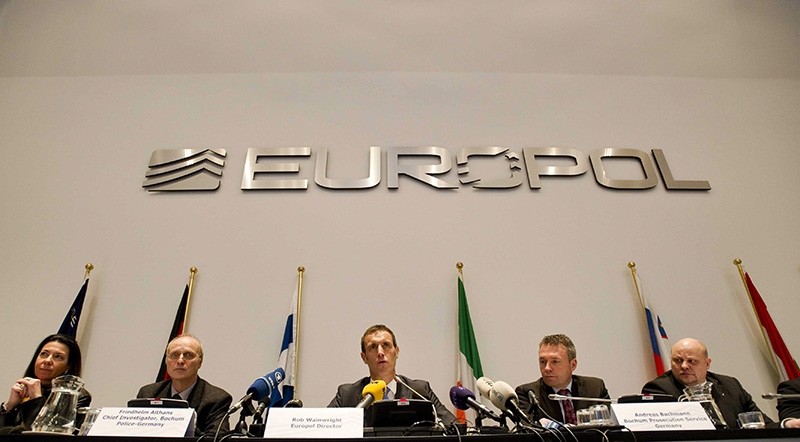 The head of the pan-European Union policing agency said that few had given in to the demands for payment to unblock files so far, but warned that the situation was escalating.

Wainwright said he was worried that the ransomware attack might spread further once people return to work on Monday and log on to their computers.

"We are running around 200 global operations against cyber crime each year but we've never seen anything like this," he told Britain's ITV television.

"The latest count is over 200,000 victims in at least 150 countries. Many of those victims will be businesses, including large corporations.

"The global reach is unprecedented."

He said the motivation remained unknown but ransomware attacks were normally "criminally minded".

"Remarkably few payments so far have been made, so most people are not paying this," Wainwright said.

"We're in the face of an escalating threat, the numbers are going up.

"I'm worried about how the numbers will continue to grow when people go to work and turn on their machines on Monday morning."

Wainwright said the attack was indiscriminate, fast-spreading and unique because the ransomware was being used in combination with a worm -- meaning that the infection of one computer could automatically spread it through an entire network.

He said few banks in Europe had been affected, having learned through the "painful experience of being the number one target of cyber crime" the value of having the latest cyber security in place.

"We have been concerned for some time that the healthcare sectors in many countries are particularly vulnerable. They're processing a lot of sensitive data," he said.

Britain's state-run National Health Service was affected by the attack.

Wainwright said Europol was working with the FBI in the United States to track down those responsible, saying that more than one person was likely behind it.

He said the cyber crime scene was increasingly going underground, meaning it was "very difficult" to identify the offender or their location.

"We're in a very difficult fight against these ever more sophisticated cyber crime syndicates that are using encryption to hide their activity," he said.

"Once we get to the bottom of this one, we'll make sure that this is available to people as well," he said.