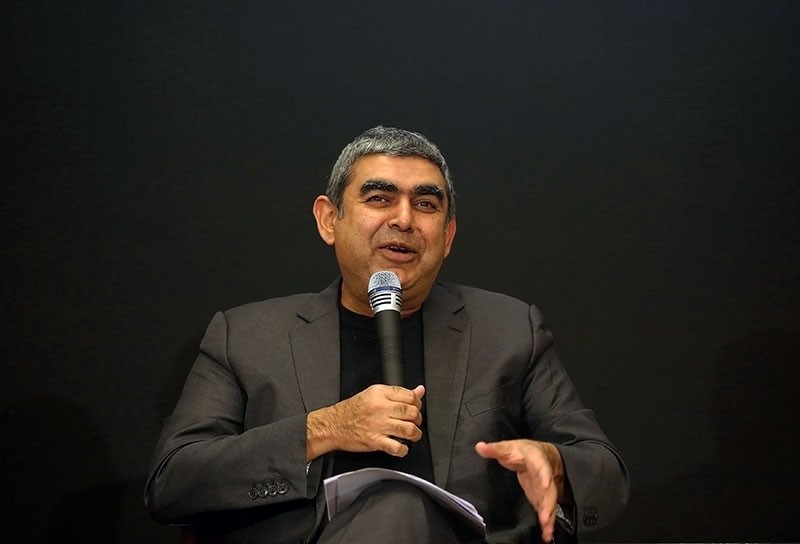 Infosys CEO Vishal Sikka speaks with the media during the announcement of the company's quarter results at its headquarters in Bengaluru, India, April 13, 2017. (Reuters File Photo)
by Associated Press Aug 18, 2017 12:00 am

The CEO of India-based outsourcing and information technology company Infosys, Vishal Sikka, has resigned following differences with some founders of the company, including N.R. Narayana Murthy.

In his notice to the board, Sikka said he was leaving because of "a continuous stream of distractions and disruptions" that were hindering management of the company.

Sikka was the first non-founder CEO of the Bangalore-based company. He joined Infosys in 2014.

Murthy and some other founders recently complained over salary issues and large compensation packages paid to some senior employees who had quit the company.

The company said Sikka was made an executive vice-chairman. He will stay in that capacity until a new permanent CEO and managing director takes charge by March 31.

In March, Infosys announced that it will establish a central Indiana tech center as part of a broader expansion in the United States that is projected to create 10,000 jobs in coming years. The plan includes an $8.7 million investment to lease and equip office space in the Indianapolis, Indiana, area to accommodate 2,000 new workers by the end of 2021.

Infosys describes itself as a global leader in technology services and consulting with clients in 45 countries.