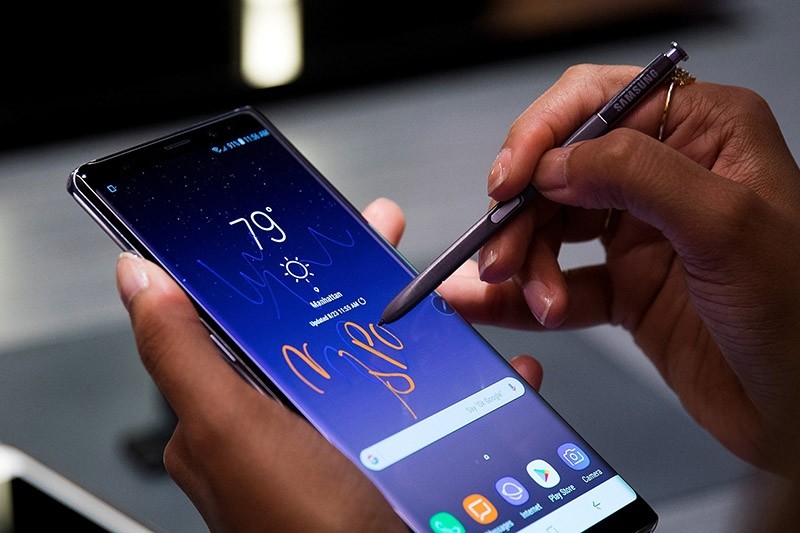 An estimated 373.1 million smartphones were shipped worldwide during the third quarter of this year in a 2.7 percent rise from the same period in 2016, IDC said in a statement.

While IDC analysts considered the growth low, they saw it as a sign "the industry still has momentum."

"Collectively, the industry continues to grow, but at a much slower pace than past years," said Ryan Reith, a vice president with the global market intelligence firm.

"What is clear is that the 'Others' outside of the top five leading vendors continue to struggle and the industry leaders are quickly forming two camps."

Reith depicted those camps as those driving high-volume sales -- Apple, Huawei, and Samsung -- and a few Chinese smartphone makers finding traction outside that country.

The five top smartphone makers all shipped more units than they did in the same quarter last year, according to IDC.

Apple's new iPhone 8 models helped its third quarter shipments climb 2.6 percent to 46.7 million, and on Friday the California technology giant was releasing a new flagship iPhone X model with a starting price of $999.

China-based Huawei shipped 39.1 million smartphones in a "healthy" increase of 16.1 percent from a year earlier, according to IDC.

New Huawei models "will challenge both Apple and Samsung at the top of the market regarding premium flagship offerings as well as in the race for overall worldwide market dominance," IDC said.

China's Xiaomi was in fifth place but had the strongest gain, doubling its sales to 27.6 million units, driven mainly by success in India, according to the report.

"The fourth quarter will be extremely competitive as vendors will fight it out to win over holiday shoppers," said IDC research manager Anthony Scarsella.

"Although (new) premium flagships will capture all the hype while driving up the average selling price in the quarter, we still believe a clear majority of shipments will come from more affordable models across many markets."

IDC has forecast smartphone sales growth in the current quarter of less than a percent, due in part to limited supply of the iPhone X and high prices on flagship models prompting people to put off buys until handsets are more affordable.