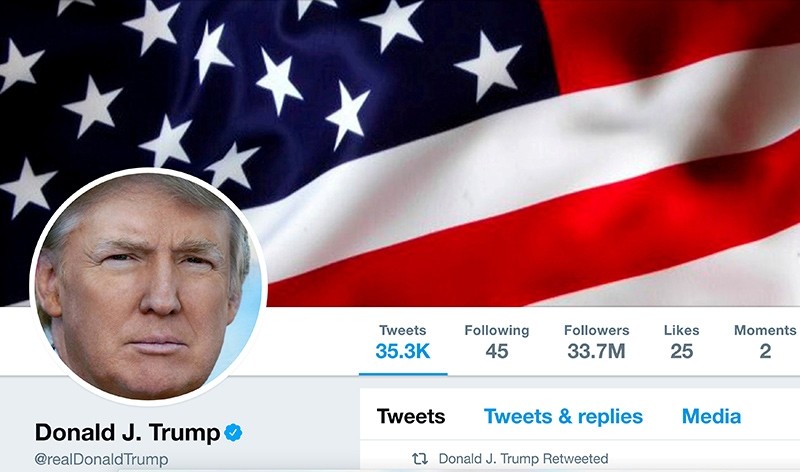 A Twitter customer support worker who was on his or her last day on the job deactivated President Donald Trump's account for a few minutes Thursday evening, the social media company reported.

Visitors to @realDonaldTrump around 7:00 pm (2300 GMT) were greeted with the message "Sorry, that page doesn't exist!"

Twitter initially said the account had been "inadvertently deactivated due to human error", but later indicated it was a prank by a departing worker.

Twitter took responsibility for the outage. In a tweeted statement, the company said Trump's account was "inadvertently deactivated due to human error" by one of its employees. The account was unreachable for 11 minutes.

"We are conducting a full internal review," the company said.

A spokesperson for the White House did not immediately respond to requests for comment.

"Through our investigation we have learned that this was done by a Twitter customer support employee who did this on the employee's last day," it said.

The outspoken president has 41.7 million followers on his personal Twitter account, which he uses to blast controversial and attention-grabbing comments -- often in the form of early morning "tweetstorms."

Trump's official White House account, @POTUS, which has 20.9 million followers, was apparently not affected by the outage.

After the account was restored Trump did not tweet about the vanishing act, but made several posts on other topics.