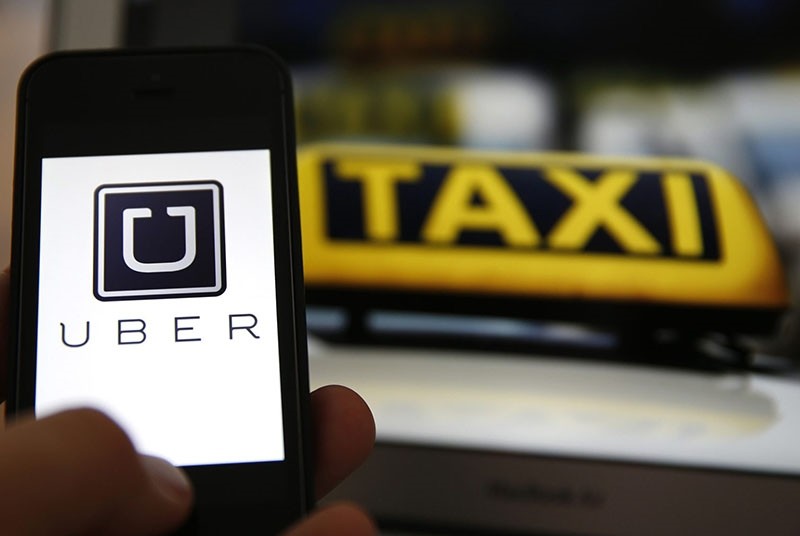 File illustration picture showing the logo of car-sharing service app Uber on a smartphone next to the picture of an official German taxi sign in Frankfurt, September 15, 2014. (Reuters Photo)
by Compiled from Wire Services Dec 20, 2017 12:00 am

The European Union's top court ruled on Wednesday that Uber is an ordinary transport service and not just a ride-hailing app, meaning that countries can regulate it in a decision that could change the way it functions across the continent.

"The service provided by Uber connecting individuals with non-professional drivers is covered by services in the field of transport," the European Court of Justice said in a case brought by a taxi drivers' association based in Barcelona, Spain.

"Member states can therefore regulate the conditions for providing that service."

The case is yet another thorn in the side for scandal-rocked Uber, which has drawn the fury of local taxi drivers and officials for flouting local regulations.

It also comes the same week as one of its drivers admitted to the attempted rape and murder of a British embassy worker coming home from a night out in Beirut, Lebanon.

San Francisco-based Uber, the biggest name in the growing gig economy, claims it is a mere service provider, connecting consumers with drivers in more than 600 cities.

But it has run into huge opposition from taxi companies and other competitors who say this allows it to dodge costly regulations such as training and licensing requirements for drivers and vehicles.

The court said in a statement that services like Uber must be classified as "a service in the field of transport." The decision could affect such services around the EU.