Schmidt steps down as executive chair of Google parent Alphabet 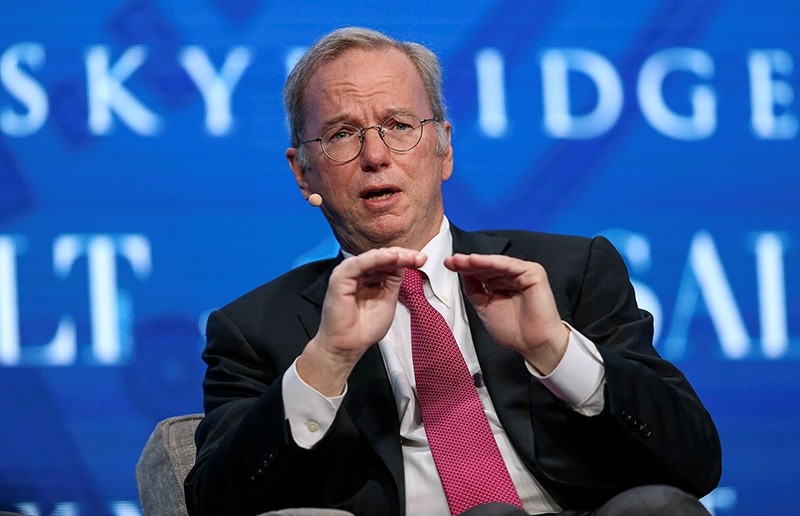 Google's one-time "adult supervisor" is getting closer to retirement. Eric Schmidt, who took over as CEO in 2001 three years after investors demanded more mature leadership for the fast-growing tech giant, is stepping down as executive chairman of Google parent Alphabet in January.

The 62-year-old billionaire will become a technical adviser and will continue to sit on the board of the company that was formed to contain Google and its sprawling so-called "moonshot" subsidiary businesses in 2015.

Schmidt, a former engineer who held top executive jobs at Sun Microsystems Inc. and Novell Inc., took the reins of the search giant in 2001 from founders Larry Page and Sergey Brin, who were technically brilliant but were faulted for their management inexperience.

Page was restored as CEO in 2011, announced in a surprise move as the company reported quarterly earnings. Schmidt at the time said "I believe Larry is ready" to be CEO, adding, "It's time for him to have a shot at running this."

"The Alphabet structure is working well, and Google and the other bets are thriving," Schmidt said in a statement Thursday. "In recent years, I've been spending a lot of my time on science and technology issues, and philanthropy, and I plan to expand that work."

The key outlet for that philanthropy has been The Schmidt Family Foundation, founded by Schmidt and his wife Wendy in 2006.

According to the company's latest proxy filings from April, Schmidt held shares worth about $4.9 billion and maintained 5.6 percent voting control over the company. Page and Brin together control a majority of the votes with shareholdings worth four times as much apiece. A spokeswoman said Schmidt was not selling any shares as part of the transition.

In October 2015, Google launched a new structure that made Alphabet Inc. the holding company for Google and related businesses. Some of those "other bets" include self-driving cars, smart thermostats and internet-delivering balloons.

Alphabet shares were down less than a percent in after-hours trading at $1,070.85.