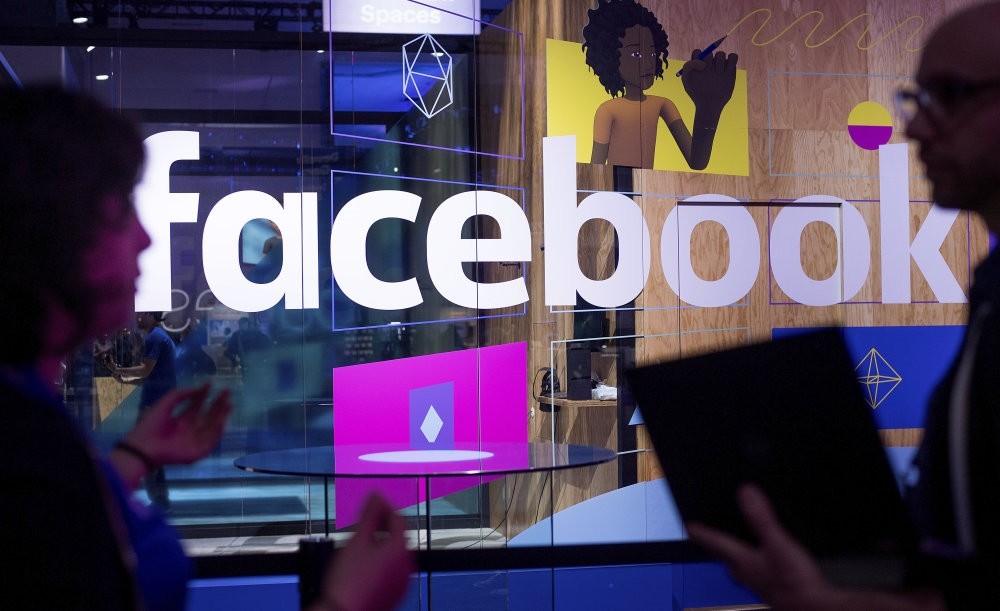 Dealing with threats like cyberbullying and fake news, Facebook held a conference in London for 300 community leaders and admins from different European countries, including Turkey

In 2017 Facebook found itself battling more and more accounts of false news stories, fake user accounts and posts. Now it is looking to comprehensively tackle these issues. To that end, the social media giant held its first-ever Facebook Communities Summit in Europe last week. The program in London hosted more than 300 community leaders from different European countries, including Turkey.

The social initiatives and communities that joined the meeting deal with different issues and fields, including women, education, travel and health. Admins from popular Turkish Facebook communities, including "Saçım saçın olsun," "Araştıran Anneler," "Mide Lobisi," "İhtiyaç Haritası," "Bisikletli Kadın İnisiyatifi," "Interrail Turkey" and "Kalpler Erisin" got the opportunity to know about Facebook's newly developed features and meet other community leaders at the event.

Number of review teams to double

Facebook officials have said that they will take immediate action against fake accounts and posts that are based on false information. The tech giant also said that it would double the number of review teams from 10 to 20 for honest and trustworthy content.

Apart from the U.S., London hosts Facebook's largest engineering center, which has also accelerated efforts to use artificial intelligence (AI) for urgent intervention in cases involving cyberbullying and false news.

The platform aims to double the number of employees by the end of 2018. In fact, these studies aim to keep the world's largest social networking platform as a credible advertising platform and become sustainable. It has announced some new features for community leaders to keep their communities more secure, organized and interactive.

The groups on Facebook have more than 200 million members. It is working on making group management easier and more secure by asking people in communities a series of 50 questions, the number is gradually lowered to seven. Based on the community feedback, new features are being added to make them easier and safer to manage.

Nicola Mendelsohn, Facebook vice president for Europe, the Middle East and Africa, recently revealed that she was diagnosed with cancer a year ago.

"I got a disease I wish I never had. But I owe a lot to groups, with people I have never known before, that I think were very supportive. I want to thank all the communities that have helped me. It is our strength to see many people in the world overcome many problems thanks to Facebook groups and communities," she said.

It must be safe and manageable

Identifying and stopping fake accounts: Ensuring that Facebook remains a community where people are genuinely connected to real people.

Protecting people from harm: Developing better tools to detect and eliminate situations such as bullying and fraud that may be encountered on Facebook as well as in the real world.

Improving methods of complaint: Simplifying the way people complain about the content that should not be on the Facebook platform with the joint efforts of AI and teamwork.

The head of Facebook Groups team Jennifer Dulski has said that the social media giant was announcing the Facebook Community Leadership program, a global initiative to recognize, support and invest in people who set up on and offline communities on refugee-related issues, as well as health and education.

"Facebook will invest millions of dollars in this program, including $10 million worth of grants to those who lead by establishing communities. Within the framework of the Specialization and Scholarship branch of the program, community leaders will be funded from around the world," Dulski said.

Tech giants like Google, Facebook, Microsoft and Intel buy, acquire billion-dollar technology initiatives every year through venture capital firms. In Turkey, on the other hand, this process is still in its baby steps but 2018 is expected to be a more promising year as far as venture capital investments are concerned.

One of the greatest fears of every major company is disappearing one day like Nokia or Kodak. That is why global and local giants are always on the lookout for small initiatives that come with fast data analysis, AI and deep learning capabilities.

Giants like Apple, Google, SAP and Intel are acquiring startups worth billions of dollars each year. They set up venture capital companies to make quick decisions and invest in initiatives that quickly adapt to new technologies. They also invest in initiatives that specialize in AI, deep learning, big data, internet of things, and finance technology.

Turkey's giants are not ready

Big capital holders in Turkey capital still shy away from making major investment except in the real estate sector. Despite government incentives, initiatives from the Turkish business community are needed in order to take advance from the early stage of venture investments. While institutions such as Koç Holding, Sanko and Zorlu Holding have begun to act more willingly, the total amount of investments they have made is yet to match that of Hasan Aslanoba's.

"Turkey Artificial Intelligence Summit" meeting, organized by Gelecekhane for the first time, brought together academics, entrepreneurs, industrialists, as well as technology and AI enthusiasts. The discussions involved artificial intelligence initiatives around the world and Turkey. Experts from Google, IBM and SAP also participated in the event.

The ethical debate is forgotten

Ethics were also on the agenda of the AI summit. In her presentation, Dr. Cansu Canca, one of the world's leading experts on artificial intelligence and ethics, pointed to the problems that will arise from the dissolution of the ethics debate while collecting personal data.

"When the studies on ethics are forgotten, the lawyers will have trouble solving future problems. Information at the level of universities, institutions and entrepreneurs is essential for raising awareness on this issue," she said.

Calls for investment in Turkey​

Things are not that easy for the Turkish technology entrepreneurs who want to take the stage in the global arena. Capital support for those wanting to grow seems to be quite limited. Globalturk Capital is now working to close this gap.

Globalturk is the first and only country representative of the Emerging Markets Private Equity Association (EMPEA, a private equity fund that manages assets over $5 trillion in over 130 countries. Recently it inaugurated its London office.

Globalturk Capital Founder and Managing Partner Barış Öney said they urge investors to "invest in Turkey." He also pointed out that they will support the growth targets of Turkish companies in terms of either acquiring companies or set up companies from scratch in Europe, especially in the U.K., through their London office.

At a recent event it brought together the world's largest private equity fund managers at the London Stock Exchange.