Smart and network machines of the future 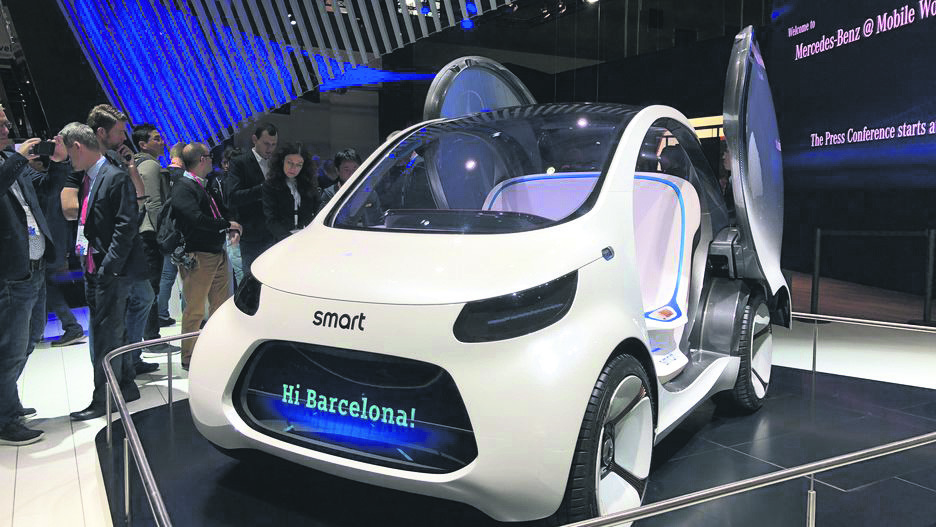 According to studies, it is estimated that from 2022 onward, more machines will be connected to the internet than humans. While machines communicate with each other over the internet, the most data will be consumed by driverless cars and even smart roads

The most important thing that has changed our lives in the last 30 years has been the internet. Previously used by academic circles in Turkey, the internet reached homes and offices with ADSL technology and fast internet connection in the early 2000s. And in those days, there was a saying we heard frequently: The digital cliff. This fear of the digital cliff fueled the desire to invest in internet campaigns. Now we are heading toward an era when automobiles will consume more data than airplanes.

The era of speaking machines

The primary goal of each country is to increase internet usage. But the level of development is determined by the number of machines connected to the network, not the people. Machines will consume many times more data than a person produces. 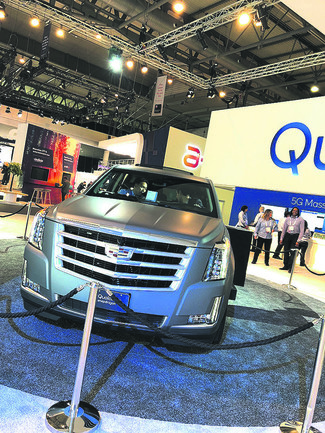 The data to be consumed by driverless cars will leave planes behind. So, while every company is collecting data, automobiles will take the lead. Cars will talk to devices connected to networks, thus preventing accidents and taking precautions against malfunctions that can occur. At the 2018 Mobile World Congress (MWC), which opened its doors in Barcelona right after the Consumer Electronics Fair (CES) held in Las Vegas, driverless cars connected to the 5G network drew attention. Qualcomm, the largest mobile processor maker of the mobile industry, and South Korean SK Telecom, which conducted the first commercial 5G test, also shared their experience of networked automobiles at their stands. Ultimately, the most important thing that combines telecom companies and mobile processor platform owners with regard to driverless cars is data.

A new multimedia system called the Mercedes-Benz User Experience (MBUX), which works with artificial intelligence (AI) and was launched for the first time in the Mercedes-Benz A-Class, was introduced at the MWC. MBUX, which embodies an AI that can be shaped according to the behaviors of the users both intuitively and educationally, is the focal point of Mercedes-Benz in Barcelona. It is a completely new feature where the map display can be done for the first time through augmented reality with MBUX - a new infotainment system created by writing about 70 million lines of code.

AI for transportation solutions, which Daimler will present in future in development and production fields, is one of the main topics of the company.

"Mercedes Me," a complete and thorough smartphone integration of Mercedes-Benz, once again stood out at the MCW. Thanks to Mercedes Me, users will be able to perform vehicle functions such as seeing the amount of fuel remaining or turning the central locking on and off from a smartphone. The user can activate up to four virtual keys on their smartphone.

At the MWC in Barcelona, a device controlled by a smartphone, the first example of its kind according to the company, was introduced. Within the scope of the "Road Reader" project, a "Huawei Mate 10" phone is used to help the control of a transformed Porsche Panamera that can detect hurdles and react to external stimuli. The car has the capacity to choose the right action according to learning and conditions. The camera on the smartphone scans and identifies objects on the road and transmits information to the car's automated systems via Wi-Fi. Huawei announced that the car "can distinguish 1,000 different objects including cats, dogs, soccer balls and bicycles thanks to the smartphone's memory." 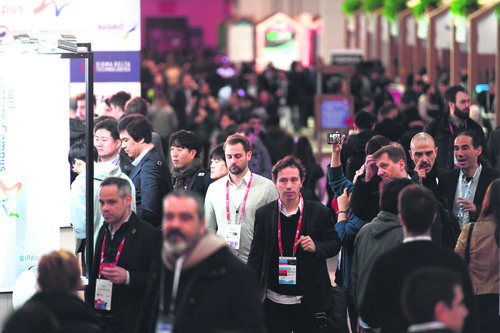 The Mobile World Congress (MWC), which opened its doors in Barcelona right after the Consumer Electronics Fair (CES) held in Las Vegas in 2018, is the world's largest gathering for the mobile industry.

No gas or brake pedal

Europe's biggest entrepreneurship event, "Four Years from Now" (4YFN) is hosting the meeting of new ideas. New enterprises such as women and digital health pave the way for million-euro investments.

The biggest entrepreneurial event in Europe, 4YFN, is held in Barcelona, parallel to the MWC. More than 600 enterprises contribute to the development of different solutions from AI to education and from the internet of things to health on an area of 8,600 square meters. While some entrepreneurs will have the opportunity to talk about their projects by taking the stage, they are also getting contributions from institutions and investors supporting the event. Entrepreneurs who get the opportunity to open stands at the event, bringing together enterprises with institutions, investors and media organizations, have a chance to integrate directly into the European ecosystem.

The 4YFN event, which has transformed into the Meeting of Digital Health and Beauty Technologies in Europe, also attracts investors. At the event, supported by the European Connected Health Alliance (ECHAlliance), health entrepreneurs are expected to access potential investors. The finale of the entrepreneurial competition to eliminate discrimination against women is also held in Barcelona. We also had the opportunity to review some of the enterprises participating in the event on site. We were able to see their projects at the stands prepared by entrepreneurs.

When we got together with Türk Telecom CEO Paul Doany at the MWC, we asked why the first investment of Türk Telekom Corporate Risk Capital Company is Doctor Turkey.

Pointing to the importance of taking advantage of the innovative ideas and agility of small companies, Doany stated that Türk Telekom positioned entrepreneurship as a focal point in the new period. "Think about why the initial investment of an important investor such as Warren Buffet is directed at the insurance and health care sector. There are countless health institutions in the field of health care. In today's ever-changing world, we see that small and more agile companies are moving fast to producing new technologies," Doany continued. "For this reason, Türk Telekom attaches great importance to entrepreneurship, because we believe that entrepreneurship is the most important power and facilitator of creating innovation and value for telecom operators in this period of change." Recalling that in the telecommunications sector in Turkey, they established TT Ventures, a Corporate Risk Capital company, for the first time, Doany said this development is exciting because small companies will add value to Türk Telekom as they grow, and they will all together create a significant leverage effect on the country's economy.

Doany stated that TT Ventures is following the enterprises in the fields of health, energy and education in the first place. Referring to their recent investment, Doany said by taking the first steps in health care, they are investing in Doctor Turkey, one of the first enterprises in the field of online health services in Turkey, adding that Doctor Turkey, established as a 24/7 instant access platform for health professionals, offers health consultancy service as the first step before going to a hospital. Explaining that thanks to this system patients can talk to doctors face-to-face by appointment via video call and that they can be directed to a hospital if necessary, Doany said it is a good business that benefits hospitals as well as patients. "If this system becomes widespread, it can alleviate the burden of hospitals in Turkey, providing significant advantages to be obtained in the health budget," he said. "The active use of information and communication technologies in different sectors such as health, energy and education will provide great efficiency to our country, and as Türk Telekom we attach great importance to creating any kind of convenience that will benefit our country and our citizens."