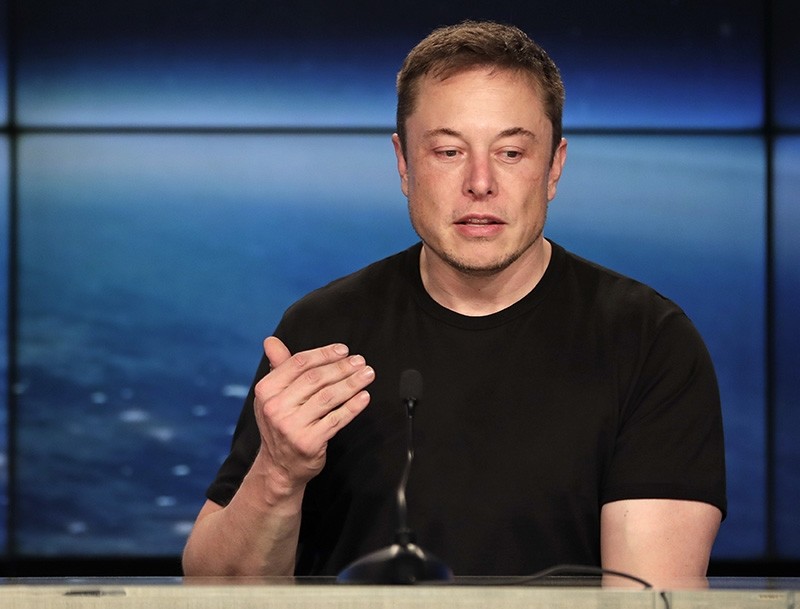 , Elon Musk, founder, CEO of SpaceX and CEO of Tesla Inc., speaks at a news conference after the Falcon 9 SpaceX heavy rocket launched successfully from the Kennedy Space Center (AP File Photo)
by Daily Sabah with Agencies Mar 23, 2018 12:00 am

The verified Facebook pages of Tesla and SpaceX companies have been closed shortly after CEO Elon Musk promised to do so, after being challenged by a user on Twitter.

"Delete SpaceX page on Facebook if you're the man?" a user tweeted to Tesla Inc chief Musk. His response: "I didn't realize there was one. Will do."

Delete SpaceX page on Facebook if you're the man?

SpaceX's Facebook page, which had more than 2.7 million followers, is no longer accessible, while the company's Facebook-owned Instagram profile is still accessible.

Musk had begun the exchange by responding to a tweet from WhatsApp co-founder Brian Acton of the #deletefacebook tag.

Musk's distaste for Facebook may date back to 2016 controversy, in which Facebook founder Mark Zuckerberg blamed Musk's SpaceX for a failed launch which destroyed its satellite.