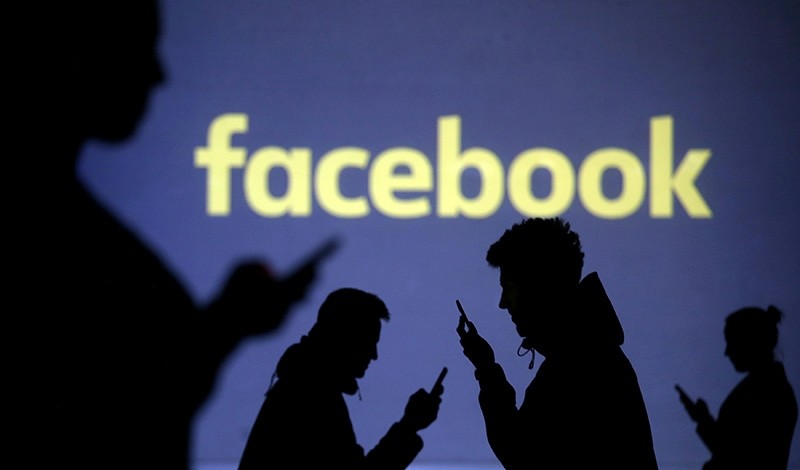 Silhouettes of mobile users are seen next to a screen projection of Facebook logo in this picture illustration taken March 28, 2018. (Reuters Photo)
by Associated Press Apr 04, 2018 12:00 am

Facebook's new privacy policy aims to explain the data it gathers on users more clearly — but doesn't actually change what it collects and shares.

The company unveiled the revisions Wednesday as it faces one of its worst privacy scandals in history. Although Facebook says the changes aren't prompted by recent events or tighter privacy rules coming from the EU, it's an opportune time. CEO Mark Zuckerberg is also set to testify before Congress next week for the first time.

Almost always, critics say, the changes meant a move away from protecting user privacy toward pushing openness and more sharing. On the other hand, regulatory and user pressure has sometimes led Facebook to pull back on its data collection and use and to explain things in plainer language — in contrast to dense legalese circulated by many other internet companies.

Among Wednesday's changes: Facebook has added a section explaining that it collects people's contact information if they choose to "upload, sync or import" this to the service. This may include users' address books on their phones, as well as their call logs and text histories. The new policy says Facebook may use this data to help "you and others find people you may know."

The previous policy did not mention call logs or text histories. Several users were surprised to learn recently that Facebook had been collecting information about whom they texted or called and for how long, though not the actual contents of text messages. It seemed to have been done without explicit consent, though Facebook says it only collected such data from Android users who specifically allowed it to do so — for instance, by agreeing to permissions when installing Facebook.