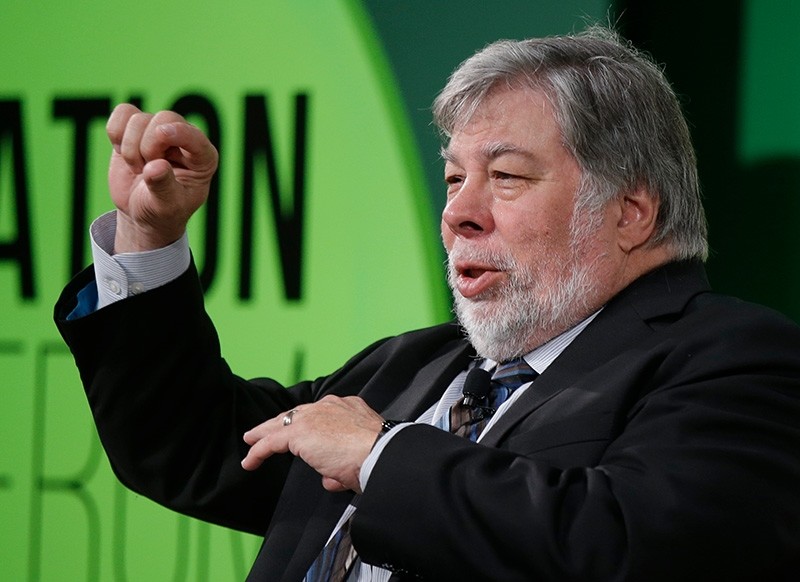 In this July 3, 2017, file photo, Apple co-founder Steve Wozniak gestures as he attends a conference titled 'The Innovation Summit' in Milan, Italy. (AP Photo)
by Compiled from Wire Services Apr 09, 2018 12:00 am

Apple co-founder Steve Wozniak has shut down his Facebook account as the social media giant struggles to cope with the worst privacy crisis in its history.

In an email to USA Today, Wozniak said Facebook made a lot of advertising money from personal details provided by users. He said the "profits are all based on the user's info, but the users get none of the profits back."

Wozniak said he'd rather pay for Facebook. He said "Apple makes money off of good products, not off of you. As they say, with Facebook, you are the product."

Wozniak deactivated his Facebook account on Sunday, the report said, after posting a message that the social network has brought him "more negatives than positives."

"Apple has more secure ways to share things about yourself. I can still deal with old school email and text messages," he wrote.

He did not, however, delete his account because he wasn't willing to part with his screen name "stevewoz."

Several other high-profile users have removed themselves from the network completely, joining the #DeleteFacebook movement, including U.S. technology entrepreneur Elon Musk's accounts for his firms Tesla and Space X, singer Cher and actor Will Ferrell.

Facebook has revealed that a whopping 87 million users may have been caught up in the scandal in which data analysis firm Cambridge Analytica used their personal information without their consent to help U.S. President Donald Trump's 2016 election campaign.