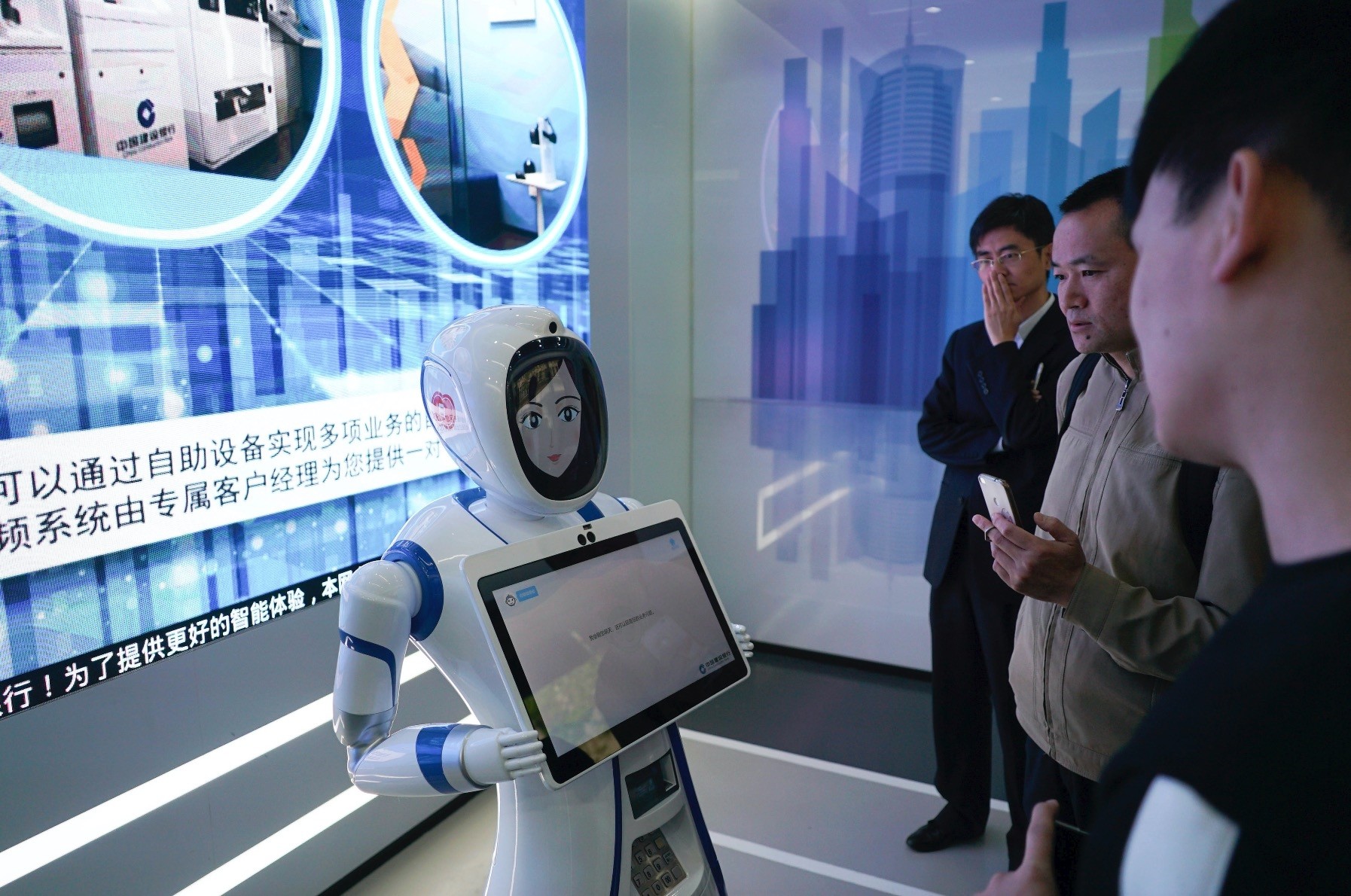 Bank customers speak with a robot at an automated branch in Shanghai.
by Associated Press Apr 24, 2018 12:00 am

Missed paying dues on your Communist Party membership? There's a bank for that - and it's fully automated. A state-owned Chinese bank has opened an automated branch equipped with facial-scanning software, a virtual reality room, a hologram machine, talking robots and touchscreens for paying utility bills and Communist Party fees, among other functions. The branch opened last week in central Shanghai's Huangpu district and is being hyped as China's first "unmanned bank."

"These days, people are less and less likely to be inclined to want other people to come and bother them," Tian said. "We hope to come to a bank where we can interact with machines."

State-owned China Construction Bank, founded in 1954 to fund large scale infrastructure projects, is the second largest bank worldwide as measured by assets, and seems an unlikely tech pioneer. Analysts say the bank is responding to pressure from internet giants like Alibaba and Tencent, which are transforming Chinese consumer finance with mobile applications that enable people to transfer money and pay for goods using their smartphones. "These days, everyone is talking about banking or financial innovation," said You Tianyu, vice president of research at iYiou, a technology think tank. "This is kind of an experiment, a shot in the dark, trying to prove that traditional banks, too, can innovate."

The trend toward automation is not new. Retailers in China and elsewhere have been tinkering with automated supermarkets and convenience stores, and Bank of America last year piloted three automated banks in the U.S., calling them "advanced centers." It now has 14 such branches, featuring ATMs and videoconferencing capabilities. Still, the China Construction Bank branch takes technology a step further, with You and others citing its face-scanning abilities as a breakthrough.

"Through the use of facial recognition, even without a human in the loop, the system can ensure uniqueness of the individual at the time of enrollment and can verify each time the person conducts a transaction that they are who they claim to be," said Joseph Atick, a biometrics expert and chairman of Identity International.