Sony raises stakes in EMI Music in $2.3B deal, plans to invest $9B in image sensors 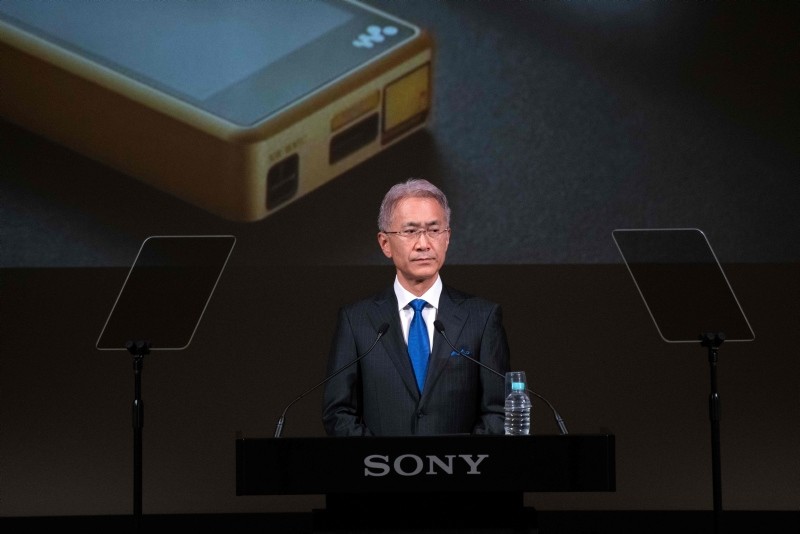 The deal adds a catalogue of more than two million songs -- including some of the greatest hits from the 20th century -- to Sony's already huge repertoire.

The agreement is Sony's first major deal under new CEO Kenichiro Yoshida, who noted the music business has enjoyed a "resurgence" in recent years due to streaming services provided by companies such as Spotify and Apple.

With this purchase, Sony "is becoming one of the biggest music publishing companies, both in name and reality", Yoshida told reporters in a news conference at Sony's headquarters.

"We are thrilled to bring EMI Music Publishing into the Sony family and maintain our number one position in the music publishing industry," Yoshida said in an earlier statement.

"I believe this acquisition will be a particularly significant milestone for our long-term growth," added Yoshira, who took the Sony helm last month.

Sony already owns 30 percent of EMI so once the purchase from Mubadala Investment Co. is finalized, it will own 90 percent of the company, Yoshida said.

The agreement values EMI Music Publishing at $4.75 billion, the Sony statement said, adding that "the closing of the transaction is subject to certain closing conditions, including regulatory approvals".

Mubadala is a government-backed investment fund controlled by the emirate of Abu Dhabi, the oil-rich capital of the United Arab Emirates, a seven-state federation that also includes the Mideast commercial hub of Dubai. Its holdings include semiconductor maker Globalfoundries, and stakes in General Electric Co., Washington-based private equity firm The Carlyle Group and numerous utility and energy companies.

Outlining the company's revamped strategy to strengthen both its hardware and its creative content, Yoshida said Sony plans to invest 1 trillion yen ($9 billion) mostly in image sensors over the next three years.

Image sensors are used in many products including medical imaging equipment, cameras, radar, sonar and autonomous driving safety systems. They transmit data that makes up an image by converting light waves into electrical signals.

Yoshida said the company's lead in sensors is crucial for evolving technologies like self-driving cars and artificial intelligence.

The Tokyo-based maker of the Walkman portable player, Aibo entertainment robot and Bravia TVs has amassed know-how over the decades when it was leading in "analog technology," said Yoshida, who was named president and chief executive in February. He said Sony's CMOS image sensor excels in its speed, lighting range and absence of noise.

Yoshida said the company's main theme was "getting closer to people," by connecting consumer services and content throughout its sprawling operations, which include the PlayStation game platform, music, films and home entertainment, still and video cameras, cellphones, computer chips and financial services.

Yoshida said the initiative to beef up Sony's content was also behind a deal announced earlier this month to acquire a stake in Peanuts Holdings, the company behind Snoopy and Charlie Brown.

But Yoshida stopped short of giving numbers for profit goals, saying he was presenting a long-term vision rooted in Sony's founding and ongoing philosophy of emotionally inspiring people.

One area where he is counting on growth is the company's TV content business in India, where the population growth is rapid and TVs are still catching on, he said.

"This is part of Sony's strategy under Yoshida to beef up its entertainment businesses," noted Hideki Yasuda, an analyst at Ace Research Institute in Tokyo.

"In the music business, copyrights are crucial. So the deal is meaningful and its price appears practical and reasonable," the analyst told AFP, adding that success would depend on the quality of the content Sony creates in the future.

The electronics and entertainment behemoth last month reported record annual profits of $4.5 billion, a roaring recovery supported by better sales across the board and helped by box office blockbusters like its Jumanji reboot.

Those figures were seen as a fitting send-off for Kazuo Hirai, who recently stepped down as the firm's chief executive after spending the past six years pulling the firm out of deep financial trouble.

EMI is the second-largest music publishing company by revenue and either owns or administers some two million songs, including classics by the likes of Queen, Sam Smith and Pharrell Williams.

As for Sony, it already owns 2.3 million copyrights including the Beatles catalogue, as well as being a massive player in IT, communications, film and gaming.

EMI holds a "comprehensive and diverse collection of copyrights for music and lyrics" from a "wide variety of iconic and popular songwriters", the statement said.

Judy Garland's "Over the Rainbow" continues to be a top-10 money-spinner even today, more than 75 years after its initial release, it added.

Investors, however, appeared dubious about the acquisition and the new strategic plan, with Sony stock closing down nearly two percent, underperforming the wider market which was down 0.42 percent.

Sony, founded in 1946, has had its share of problems, sinking into the red in recent years. It struggled to adjust to the digital age and was hammered by competition from Apple Inc., Samsung Electronics Co. and other nimbler rivals.

Sony has sold off chunks of its business, including its Vaio personal-computer unit, to turn itself around. Its cellphone operations are still losing money, but the executives promised that will change soon.