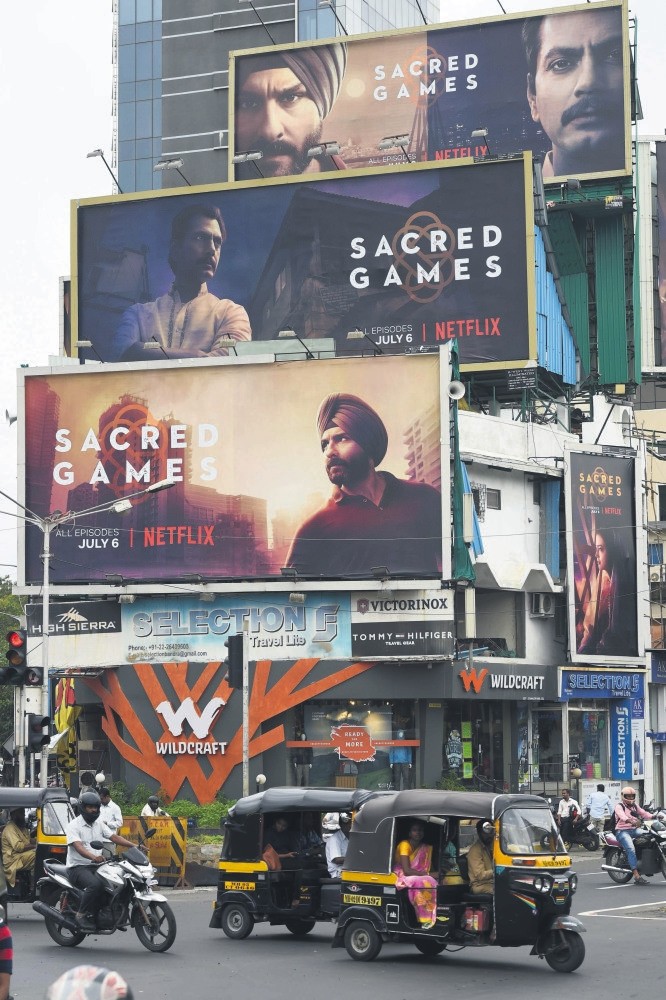 "'Sacred Games' is probably the most high-profile content that has been made. Others have not been on the same scale," Girish Menon, who tracks media and entertainment for KPMG, told Agence-France Presse (AFP). Revenues from India's entertainment streaming industry are expected to be $823 million by 2022, up from $297 million in 2017, according to a PricewaterhouseCoopers (PwC) report released this month. Netflix, which is blocked in China, is investing millions in the world's second-most populous country to attract young consumers with access to cheap mobile data and an appetite for something different.

"India is seeing the biggest and fastest investment in content for any country we have launched in," said Erik Barmack, vice-president of international originals at Netflix.

"Sacred Games" is also a punt that high-quality Indian content will prove popular overseas and forms part of Netflix's worldwide drive to produce programs in many different languages, including Spanish and German. The eight-part series - filmed mainly in Hindi - centers on the attempts of police officer Sartaj Singh, played by Khan, to capture mafia boss Ganesh Gaitonde (Siddiqui).

"Sacred Games" is the first release of eight Indian series that Netflix has commissioned. Last week the company announced it would adapt Salman Rushdie's multiple-award winning novel "Midnight's Children". "Selection Day," based on Aravind Adiga's novel about cricket and corruption, is also in the works.

"Sacred Games" follows Hindi-language movie "Love per Square Foot" and "Lust Stories," a collection of four short films, which both came out on Netflix this year. Amazon has also released a host of original Indian content, including crime drama "Breathe" and several successful stand-up comedy shows. Experts say producing high-quality programs in Hindi and regional Indian languages is essential if Netflix and Amazon are to make up ground on market leader Hotstar. Netflix and Amazon have signed deals with Bollywood megastars Shah Rukh Khan and Salman Khan respectively to secure the rights to their films, setting themselves apart from their competitors somewhat. Industry watchers also expect the U.S. duo to try to snap up subscribers by producing bolder content.