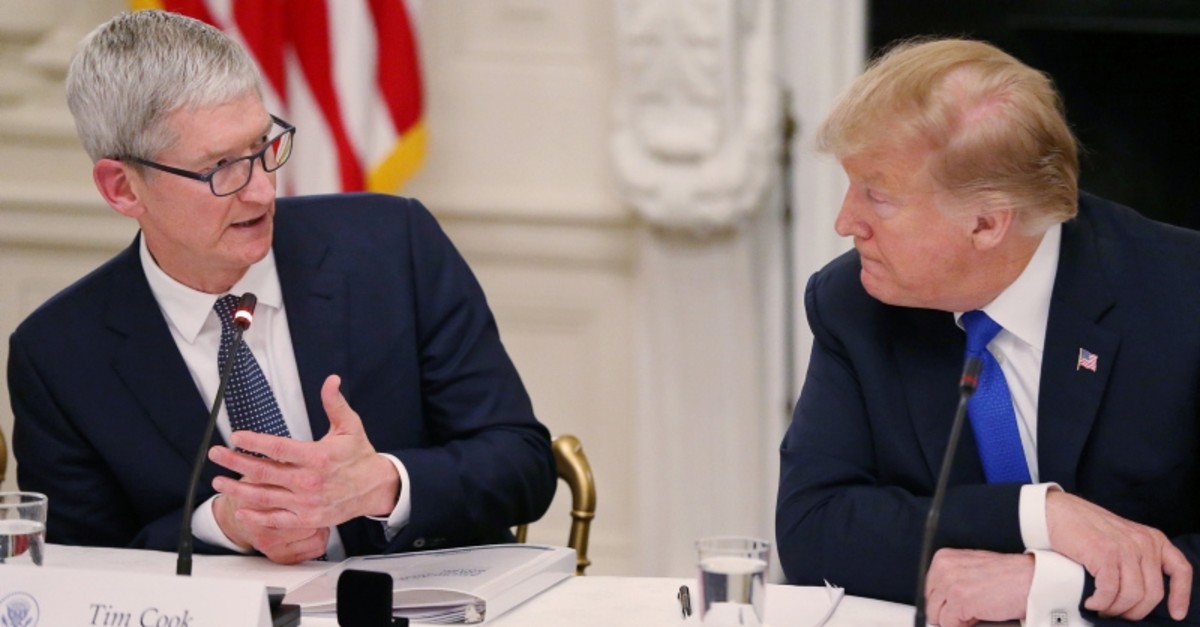 U.S. President Donald Trump referred to Apple CEO Tim Cook as "Tim Apple," during a meeting of the American Workforce Policy Advisory Board on Wednesday.

Trump met with business leaders and said a lot of companies that had moved their work overseas are bringing their operations back to the U.S.

He said his administration aims to let more people into the U.S. through legal, merit-based immigration to add to the workforce.

After speaking with several business leaders, Trump turned to Cook and referred to him as "Tim Apple."

"We appreciate it very much Tim Apple": Trump refers to Apple CEO Tim Cook as "Tim Apple" during a meeting with business leaders at the White Househttps://t.co/npdmasxdvE pic.twitter.com/p6yDaYPnmp

"I used to say Tim, you got to start doing it over here and you really have I mean you've really put a big investment in a country. We appreciate it very much Tim Apple, but we're opening it up," Trump said.

Trump said he wants to help companies find workers and he wants more high-skilled immigrants as U.S. unemployment remains low at 4 percent. "In one way, I love it," Trump said of low unemployment. "But in another way, I don't want to make it hard for you."

Cook said nearly 50 percent of the people the company hired in the United States last year did not have a four-year degree.

"We never thought that the college degree was the thing that you had to have to do well," Cook said, adding that "our founder was a college dropout," an apparent reference to Steve Jobs.

Cook said he believed "strongly" that computer coding proficiency should be a requirement before U.S. students graduate from high school.