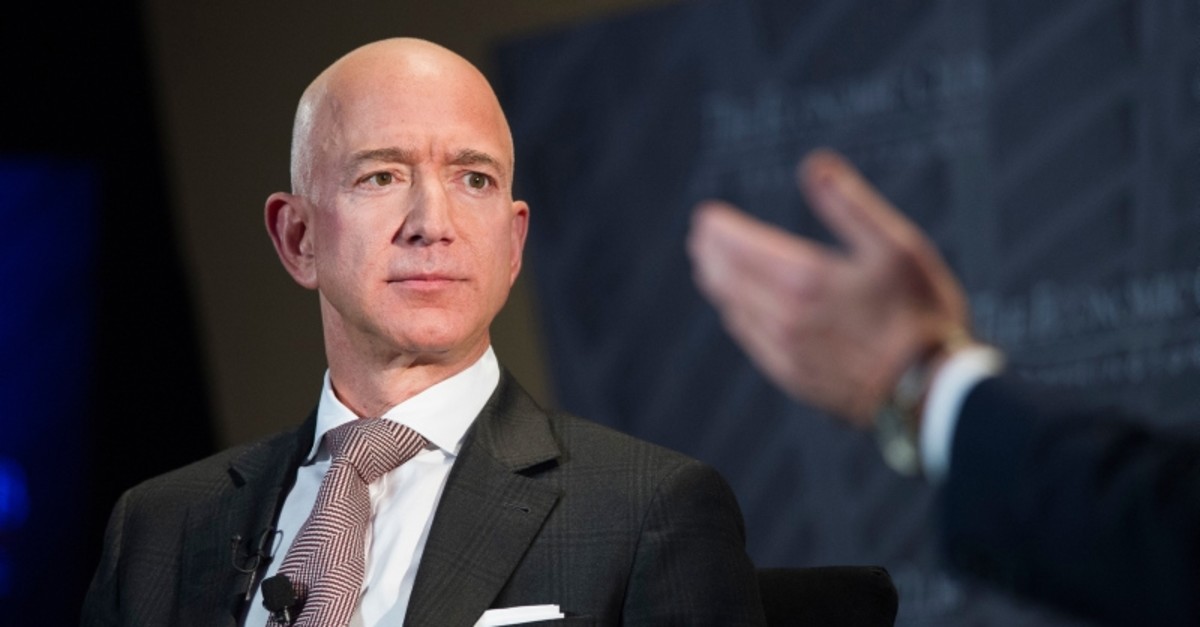 In this Sept. 13, 2018, file photo Jeff Bezos, Amazon founder and CEO, speaks at The Economic Club of Washington's Milestone Celebration in Washington. (AP Photo)
by Compiled from Wire Services Mar 19, 2019 11:11 am

The National Enquirer's publisher bought revealing messages between Amazon CEO Jeff Bezos and his then-secret girlfriend for $200,000 from her brother, the Wall Street Journal reported Monday.

The Enquirer accessed the text messages, and in January reported that Bezos had an extramarital affair with former news anchor and entertainment reporter Lauren Sanchez — a leak that led to his divorce.

In February, Bezos accused the tabloid's publisher American Media Inc — led by David Pecker, who has been described as a close friend of Bezos critic President Donald Trump — of trying to blackmail him over lurid photos.

Sanchez told the newspaper he did not want to "dignify" the reporting on the deal and called it "old rumors," it reported.

Security consultant Gavin de Becker, who was investigating the leak for Bezos, previously told The Daily Beast that "strong leads point to political motives" — and that he was interested in Michael Sanchez, a vocal supporter of Trump with links to his inner circle, as a possible perpetrator.

Bezos, the world's richest person, owns The Washington Post, a frequent target of Trump as he assails the U.S. media as "enemy of the people" and a source of fake news. The billionaire, his newspaper and Amazon are all regular targets of the president on Twitter.