Bill Gates reveals 'the biggest mistake he made' at Microsoft 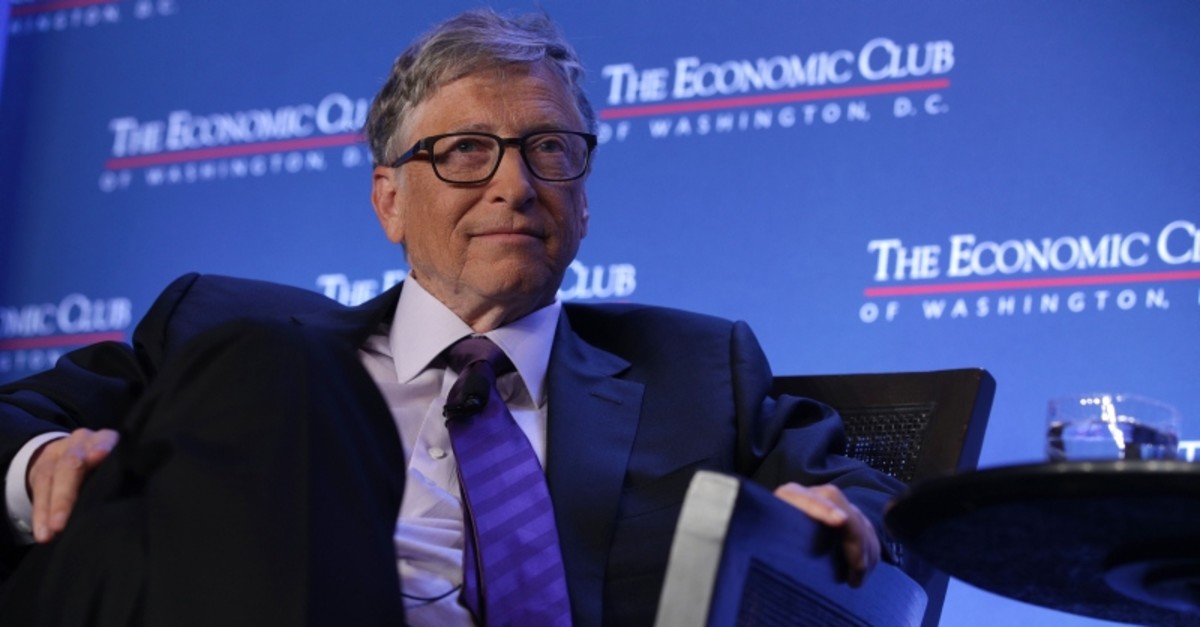 Microsoft principle founder Bill Gates participates in a discussion during a luncheon of the Economic Club of Washington June 24, 2019 in Washington, DC. (AFP Photo)
by French Press Agency - AFP Jun 25, 2019 12:34 am

Microsoft missed its chance to be the dominant firm in mobile technology because it was "distracted" during a lengthy antitrust battle with US authorities, company co-founder Bill Gates said Monday.

Gates, speaking at a forum in Washington, said Microsoft would be even more valuable if it had won the battle over operating software for mobile devices against Google and its Android platform.

"We were in the field of doing operating systems for personal computers. We knew that mobile phones would be very popular," Gates said during an on-stage interview sponsored by the Economic Club of Washington.

"We missed being the dominant mobile operating system by a very tiny amount. We were distracted during our antitrust trial. We didn't assign the best people to do the work."

Gates, who moved away from day-to-day management a decade ago, said the failure in mobile was "the biggest mistake I made" at Microsoft because it was "clearly within our skill set."

"We were clearly the company that should have achieved that, and we didn't," he said.

"Android is a huge asset for Google."

Gates praised the current chief executive Satya Nadella for helping reshape Microsoft and bring it back to the being the world's most valuable company with a market capitalization of over $1 trillion.

But he said Microsoft and other big software firms also erred in allowing Amazon to become the leading cloud computing firm though its Amazon Web Services platform.

"It is a surprise and it's a huge credit to (Amazon CEO) Jeff Bezos and his team that they got out in front and with AWS did the best cloud product," Gates said.

"Today Microsoft is a strong number two... (but) there are many companies including Microsoft that should feel bad" in failing to get ahead of Amazon in the cloud.

Now a technology advisor at Microsoft, Gates said he only spends about one-sixth of his time at the company and devotes much of his time to his philanthropic foundation and an energy venture fund which makes investments aimed at helping curb emissions and reverse climate change.

Gates said he is not disturbed at being overtaken by Bezos as the world's wealthiest individual. Asked about being number two on the billionaires list, he quipped that "it's a sign that I haven't given my money away fast enough to drop out of the top 10."