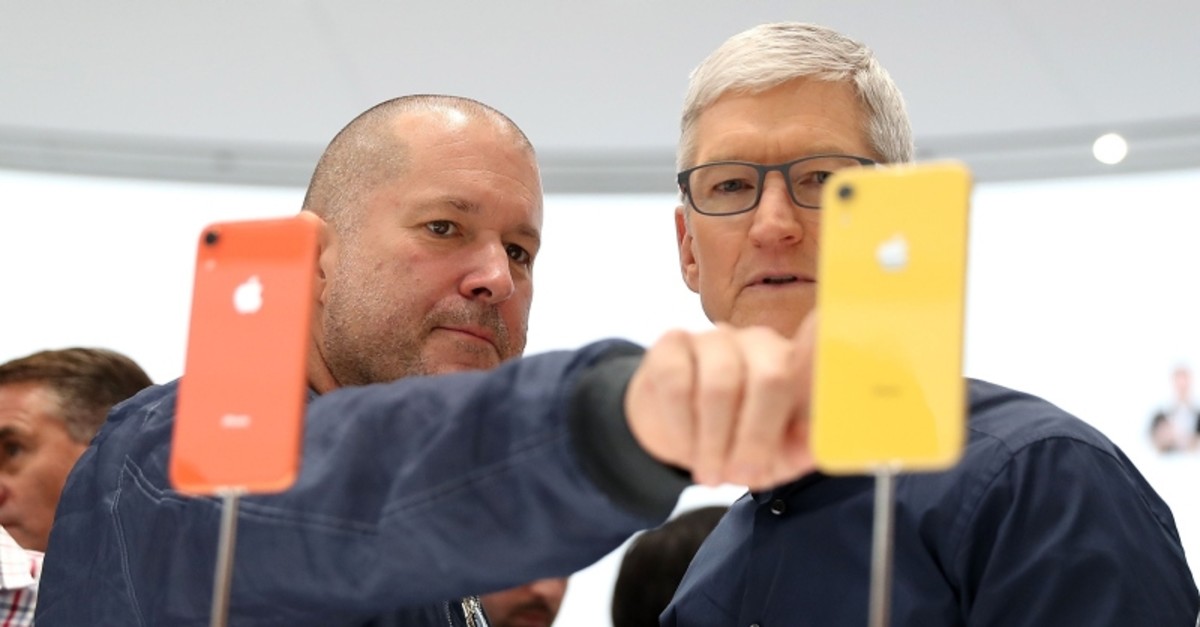 Apple's longtime design chief Jony Ive, who played a key role in the development of the iPhone and other iconic products, is leaving the tech giant to set up his own firm, Apple said Thursday.

Ive will depart later this year "to form an independent design company which will count Apple among its primary clients," Apple said in a statement.

Ive will pursue "personal projects" but also continue to work closely "on a range of projects with Apple," the California tech company said.

"Jony is a singular figure in the design world and his role in Apple's revival cannot be overstated, from 1998's groundbreaking iMac to the iPhone and the unprecedented ambition of Apple Park, where recently he has been putting so much of his energy and care," said chief executive Tim Cook.

"Apple will continue to benefit from Jony's talents by working directly with him on exclusive projects, and through the ongoing work of the brilliant and passionate design team he has built.

"After so many years working closely together, I'm happy that our relationship continues to evolve and I look forward to working with Jony long into the future."

British-born Ive joined Apple in 1992 and designed the iPod, iPhone, iPad and Macbook as well as the iOS software system for Apple devices.

Ive was a key collaborator of the late Steve Jobs at Apple when the company's fortunes were revived with the development of the iPod and later the iPhone.

In Walter Isaacson's biography, Jobs praised Ive as being his partner in dreaming up devices.

"If I had a spiritual partner at Apple, it's Jony," Jobs was quoted as saying. "Jony and I think up most of the products together and then pull others in and say, 'Hey, what do you think about this?'"

"After nearly 30 years and countless projects, I am most proud of the lasting work we have done to create a design team, process and culture at Apple that is without peer," Ive said in Thursday's statement.

"Today it is stronger, more vibrant and more talented than at any point in Apple's history."

Roger Kay, a technology analyst and consultant with Endpoint Technologies who worked with Apple in the 1990s and early 2000s, said Ive's contributions to Apple's success cannot be underestimated.

"His design sensibility was his key contribution," Kay said. "He was able to take what Steve Jobs was looking for and make it real. It was pretty magical."

Kay said Ive was able to develop beautiful products "because he reduced the design elements to just a things. So it could be a rectangle with rounded corners but they were rounded in just the right way."

Ive's departure is an "important loss" for Apple, as it seeks to refocus on services, according to Kay.

Ive said the design team "will certainly thrive under the excellent leadership of Evans, Alan and Jeff, who have been among my closest collaborators."

Apple, which recently lost its claim as the world's most valuable company, has been working to emphasize services such as music and digital payments amid a slowdown in sales of iPhones, its longtime revenue driver.

It introduced Apple News+ for magazines and newspapers and will launch a new streaming video platform later this year taking on Netflix. Apple also is launching a credit card in partnership with Goldman Sachs and a mobile gaming subscription service.

Apple had a challenging first quarter, with iPhone shipments dropping by a "staggering" 30.2 percent from a year earlier to 36.4 million units, research firm IDC reported.