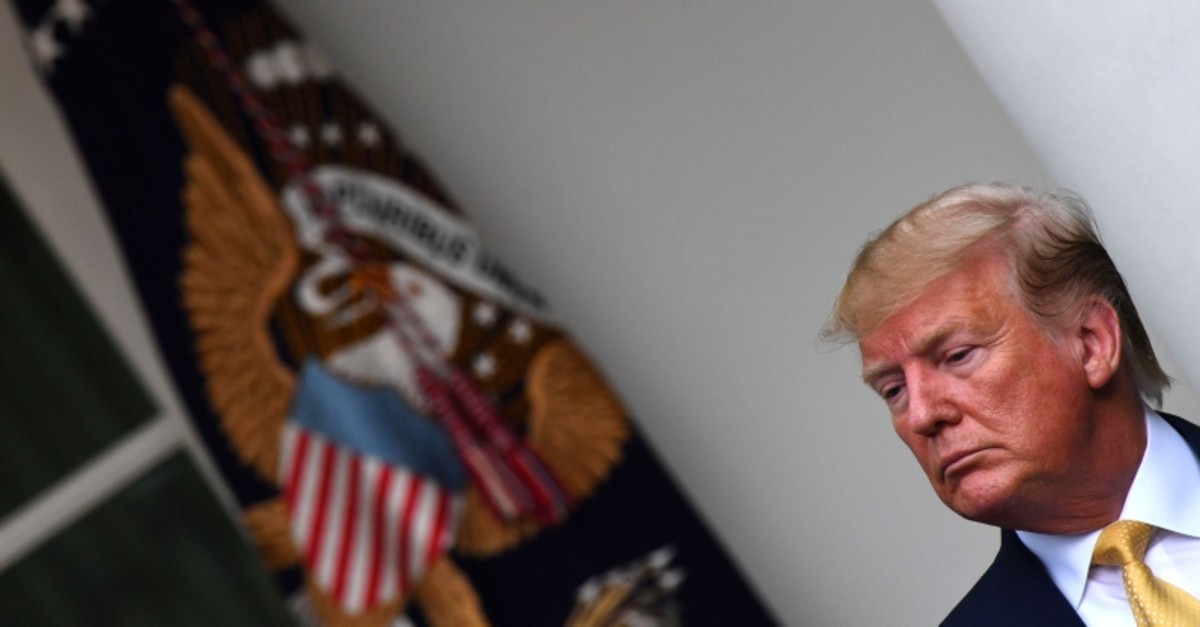 US President Donald Trump pauses after delivering remarks on citizenship and the census in the Rose Garden at the White House in Washington, DC, on July 11, 2019. (AFP Photo)
by Jul 12, 2019 2:08 am

US President Donald Trump will host a meet of major technology companies at the White House in the coming weeks, he said Thursday as he bashed social media platforms for having an alleged bias against conservatives.

Trump announced the meeting - details of which were unclear - at a social media summit in Washington, attended by a number of prominent conservative and right wing activists, and also vowed to explore regulatory steps to "protect free speech."

"Big tech must not censor the voices of the American people," Trump said.

The president used the speech to hail his own skills on social media, but also complained bitterly that he was allegedly being censored on Twitter, his preferred platform.

"I used to watch it. It would be like a rocket ship when I put out a beauty," Trump said about his tweets, alleging that he was now struggling to accumulate new followers at the same pace he once did and that his retweet count was sporadic.

The president repeatedly blasted the media, accusing outlets of being "fake news," a term he says he may have invented, and being "dishonest" and "crooked." He said conservatives online have managed to work around the "gatekeepers" in the mainstream media.

"You communicate directly with our citizens without having to go through the fake news people," Trump said.

His speech also touched on several of his recurring themes, including blasting socialism and claiming that if his opponents on the left are elected in 2020, the US would "head in the direction of Venezuela."