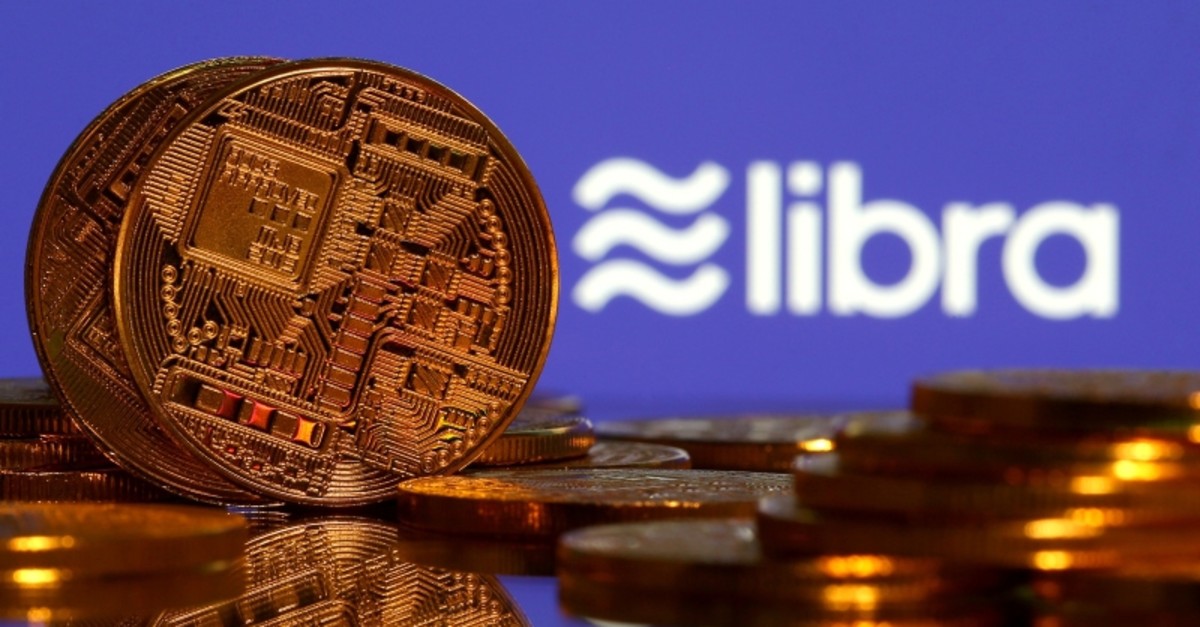 Representations of virtual currency are displayed in front of the Libra logo in this illustration picture, June 21, 2019. (Reuters Photo)
by Compiled from Wire Services Jul 17, 2019 8:11 pm

The G7 group of the world's most developed economies are worried about Facebook's planned Libra cryptocurrency and have a shared consensus about the need to act quickly, a French official said Wednesday.

"On Libra, we had a very constructive and detailed discussion with a very large and shared consensus on the need for action," the official, who asked not to be named, said after a meeting outside Paris of G7 finance ministers.

"Concerns (were) expressed by all the participants about the current situation and the need to act quickly," the official added.

Italy's finance minister said earlier Wednesday that the G7 policymakers have decided to act to keep the Libra initiative in check.

"There's widespread concern and a decision that this concern will translate into action... to control what's going on," Giovanni Tria told reporters after meeting finance ministers and central bankers from the world's other top six economies.

Meanwhile, Facebook said Wednesday it is moving forward on its ambitious plan for the new digital currency and won't commit to U.S. lawmakers' requests that it start small.

Facebook executive David Marcus, who's leading the Libra currency project, tried to dodge a question Wednesday during a hearing of the House Financial Services Committee.

Marcus was asked by New York Democratic Rep. Carolyn Maloney if Facebook would commit to doing a small pilot program first to address numerous concerns from U.S. officials, both Democrats and Republicans.

He said if Facebook can't commit to a pilot test, "Congress should seriously consider stopping this project from moving forward."