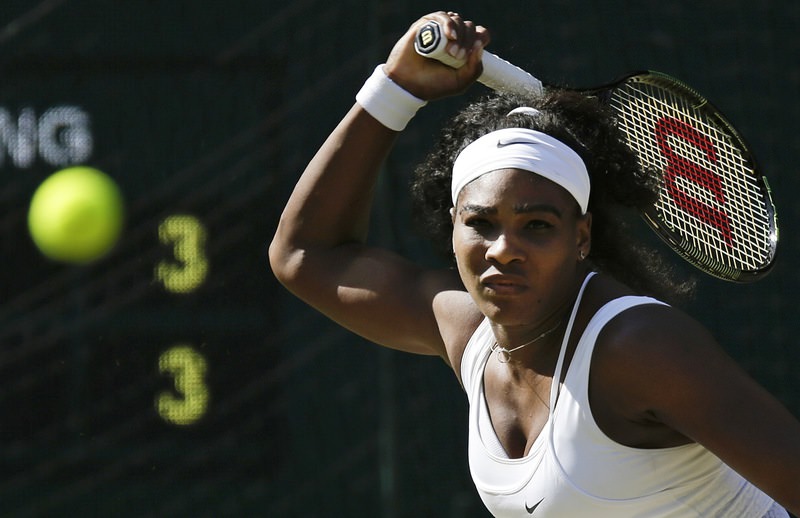 | AP Photo
by Daily Sabah Jul 10, 2015 12:00 am
World no. 1 Serena Williams of the U.S. continued her winning streak of 11 years against The Siberian Siren, Maria Sharapova and advanced to her 8th Wimbledon championship match and 25th career Grand Slam final.

Beating the Russian 6-2, 6-4 on Thursday in the Wimbledon semifinals, Williams won her 26th consecutive Grand Slam match. This win is the 17th straight time that Williams has beaten Sharapova, proving since 2004 that she is too fast and too strong for the Russian tennis-pro.

The five-time Wimbledon champion Williams might make a first in tennis history if she wins against Garbine Muguruza on Saturday in the finals. After winning the U.S. Open last summer along with this seasons Australian and French Open wins, her chances of winning four major titles in a row and claiming the title 'Serena Slam' seems quite likely.

This Saturday Williams will play against the 21-year-old Garbine Muguruza who beat Agnieszka Radwanska 6-2, 3-6, 6-3 in the first semifinal. This will be Muguruza's first ever Grand Slam final. Also, she will be the first Spanish woman to advance to the Wimbledon final since 1996 with Arantxa Sanchez Vicario.