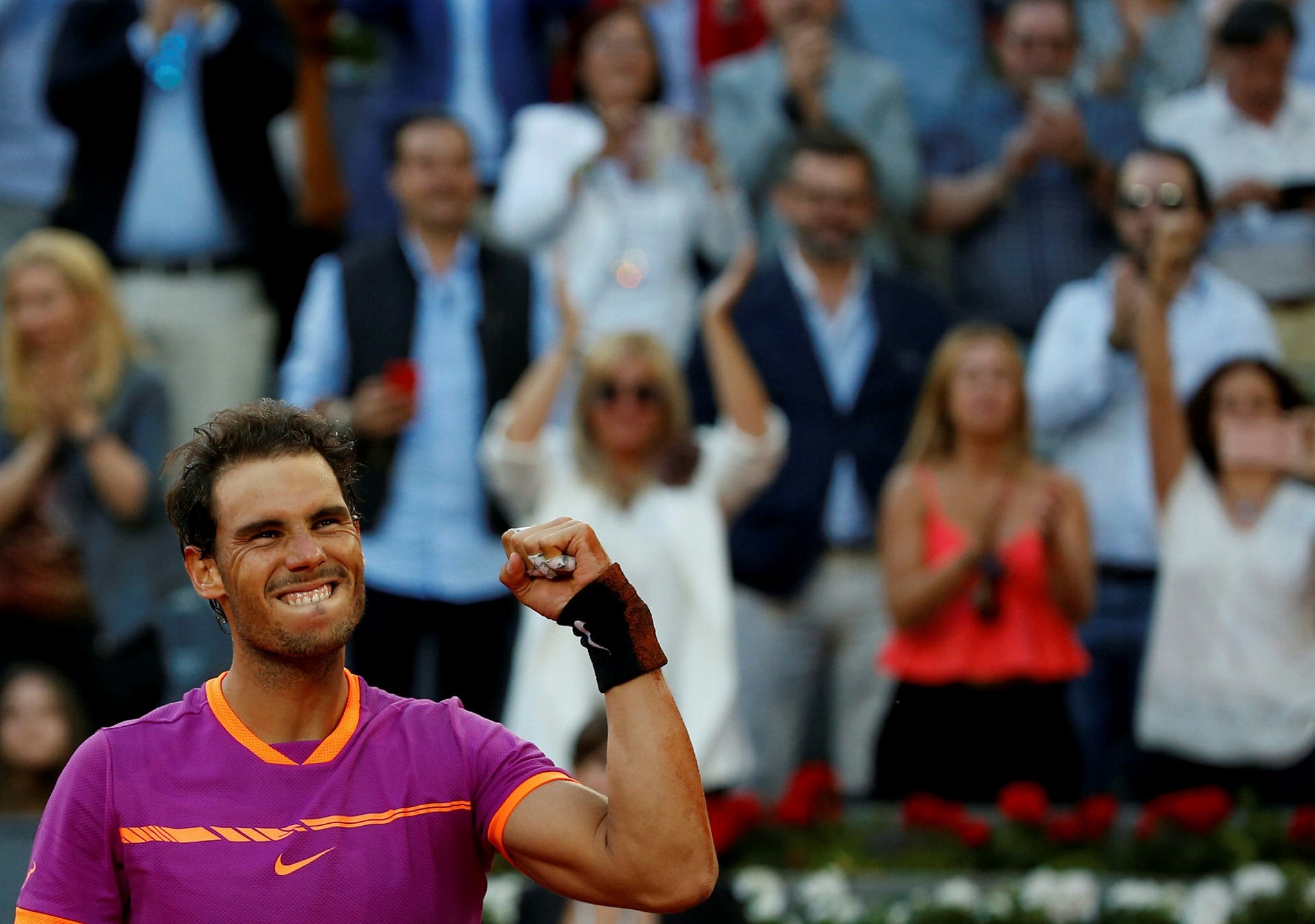 The trophy marks the third clay honor of the spring for the Spaniard, who claimed a tenth trophy each at Monte Carlo and Barcelona since mid-April.

The pair battled for more than an hour and 15 minutes to decide the opening set, which ended in a tiebreaker after number of momentum shifts.

The Spaniard established early superiority in the second set, breaking Thiem in the opening game to eventually improve his record to 3-1 over the upcoming Austrian.

Nadal notched is 71st career trophy and 52nd title on his preferred clay; he stands 15-0 on the surface in 2017. He won his 34th match of the season against five defeats.