With US open beginning Monday, Nadal seeded No 1 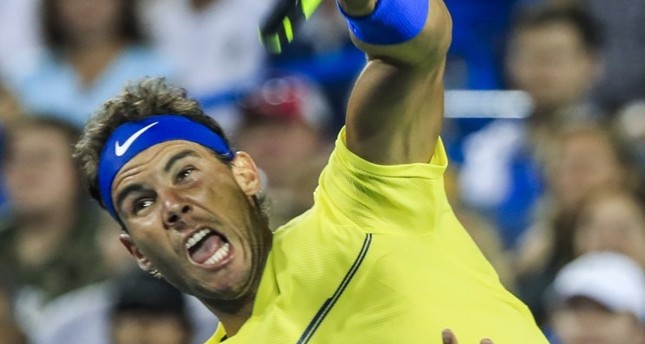 Rafael Nadal is seeded No. 1 at the U.S. Open for the first time since 2010. Karolina Pliskova is making her debut as the top-seeded woman at any Grand Slam tournament.

The U.S. Tennis Association announced the seedings, strictly adhering to this week's ATP and WTA rankings. The U.S. Open draw is Friday; play begins Monday. Nadal returned this week to No. 1, a ranking he last held in 2014. That year's French Open was the last time the Spaniard was seeded No. 1 at any major.

The man Nadal replaced atop the ATP, Andy Murray, is seeded No. 2 at Flushing Meadows, with Roger Federer No. 3. Alexander Zverev is No. 4, and 2014 U.S. Open champion Marin Cilic is No. 5. After 2016 U.S. Open runner-up Pliskova, Simona Halep is the women's No. 2 seed, followed by Wimbledon champion Garbine Muguruza at No. 3. Defending champion Angelique Kerber is No. 6.

Share on Facebook Share on Twitter
Previous in Tennis Rafael Nadal and Karolina Pliskova - the No. 1 seeds in the Western... Next in Tennis A lingering months-long hip injury has forced Andy Murray to withdraw...
DAILY SABAH RECOMMENDS