Federer loses match and No. 1 ranking at Miami Open 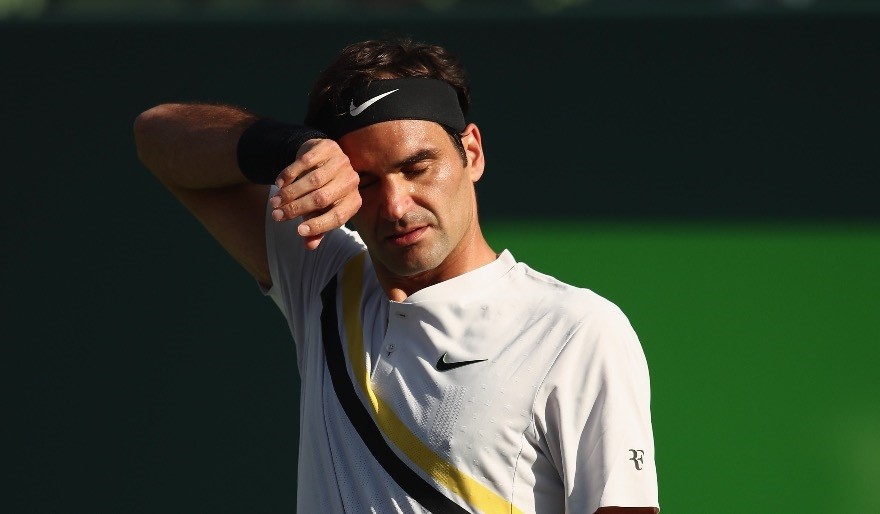 Roger Federer lost his second consecutive match and the No. 1 ranking Saturday. Big-serving Australian Thanasi Kokkinakis, a qualifier ranked 175th, rallied to upset Federer 3-6, 6-3, 7-6 (4) at the Miami Open. The 36-year-old Federer had been the oldest No. 1 man ever, but he'll lose that spot to Rafael Nadal when the new rankings come out April 2.

"I deserve it after this match," Federer said. "That's how I feel."

Kokkinakis became the lowest-ranked man to beat a No. 1 player since No. 178 Francisco Clavet upset Lleyton Hewitt in 2003. That upset was also at Key Biscayne.

Federer now has lost back-to-back matches for the first time since 2014, a dip that comes after a career-best 17-0 start to the year. Federer's defeat left both No. 1 players out of the tournament. Simona Halep lost hours earlier to Agnieszka Radwanska 3-6, 6-2, 6-3. Eight-time women's champion Serena Williams and six-time winner Novak Djokovic were also eliminated in their opening matches. Federer won't be playing to reclaim the No. 1 spot anytime soon. He said he'll skip the upcoming clay season for the second year in a row, including the French Open.