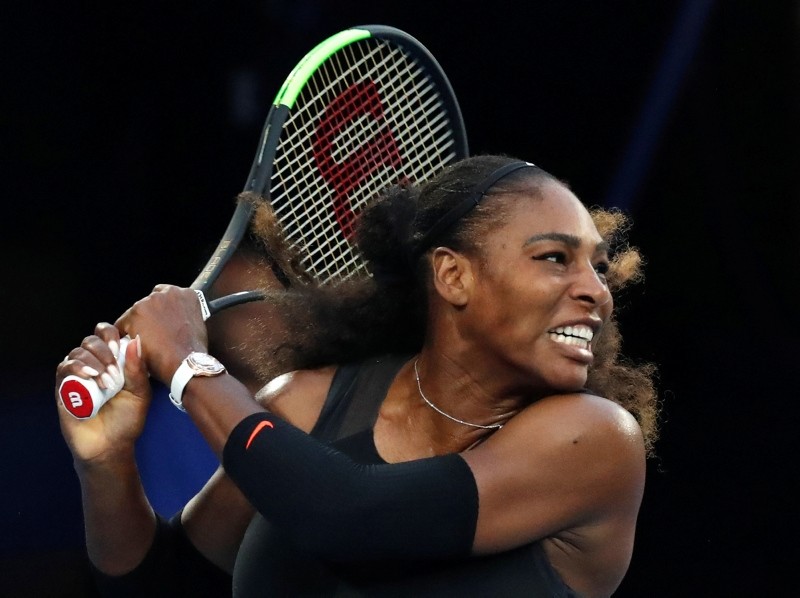 n this Jan. 28. 2017, file photo, United States' Serena Williams follows through on a backhand return to her sister Venus during the women's singles final at the Australian Open tennis tournament in Melbourne, Australia. (AP Photo)
by Compiled from Wire Services Jul 25, 2018 12:00 am

Serena Williams has accused anti-doping authorities of "discrimination" because of the frequency with which she has been selected for random drug tests.

The 23-time Grand Slam winner had previously described her treatment by the U.S. Anti-Doping Agency (USADA) as shocking and raised questions about the number of times she had been tested this year.

Williams expressed her frustration again on Tuesday after a visit from doping officials.

"...and it's that time of the day to get "randomly" drug tested and only test Serena," the 36-year-old wrote on Twitter.

"Out of all the players it's been proven I'm the one getting tested the most. Discrimination? I think so. At least I'll be keeping the sport clean."

Williams, who gave birth to daughter Olympia 10 months ago, is working her way back on tour and her remarkable run to the Wimbledon final ensured she returned to the world's top 30 in the WTA rankings this month.

The 36-year-old battled back from life-saving surgery after giving birth to get within touching distance of an eighth Wimbledon title.

However, the American suffered a straight sets defeat by Angelique Kerber in the women's final on July 14.

She had arrived at the tournament on the back of a report revealing her anger about an unannounced test in June where the tester refused to leave her Florida house.

A report published by website Deadspin in June revealed Williams had already been tested on five occasions in 2018 while other American players had been tested once or not at all.

Athletes returning from a long absence are often the subject of repeated drug tests, as they are seen as part of a higher-risk category than athletes in the flow of regular competition.