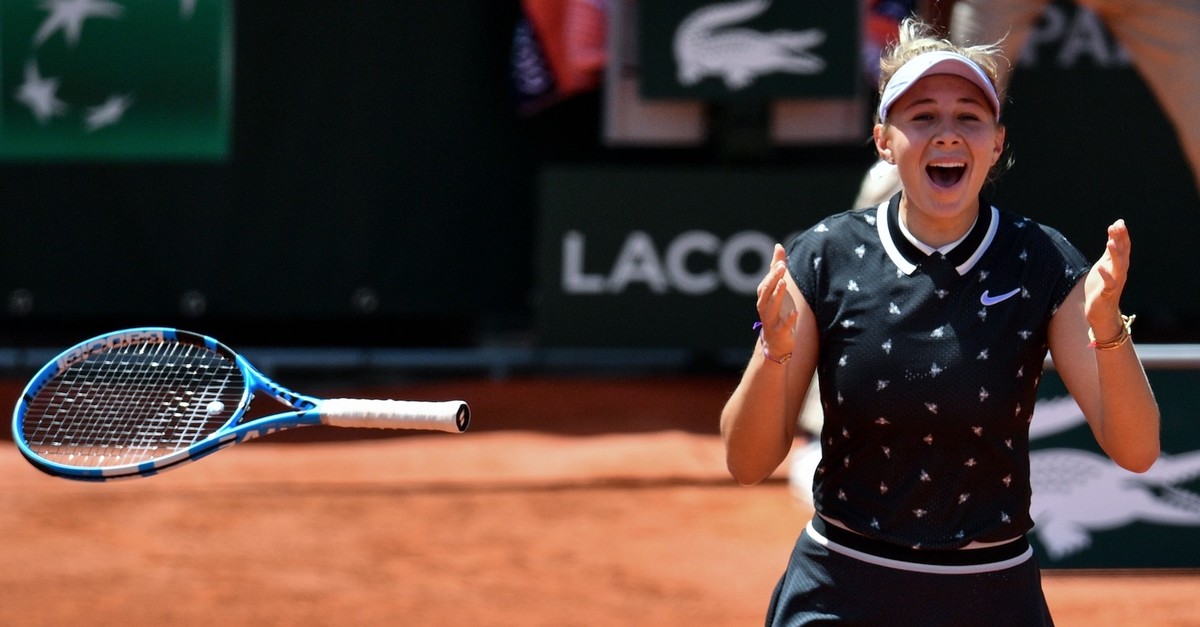 Teenager Amanda Anisimova shocked title holder Simona Halep 6-2, 6-4 Thursday to secure a spot in the French Open semifinals. Seventeen-year-old Anisimova, the first millennial to go this far at a grand slam, fired 25 winners en route to victory in just 68 minutes on center court on a partly cloudy early afternoon which she clinched with a backhand winner.

Third seed Halep dropped seven games in a row from 2-2 in the first set to 3-0 in the second set en route to defeating. Anisimova's hold in the opening game ended Halep's stunning run of 16 straight breaks of serve at the Roland Garros. In the semifinals today, Anisimova meets No. 8 seed, Australia's Ash Barty, who took just one minute longer to beat American No. 14 seed Madison Keys 6-3, 7-5 and is also in her first semi at the majors. "I am really happy with my performance, this is one of the best matches I have ever played," Anisimova said in an on-court interview.