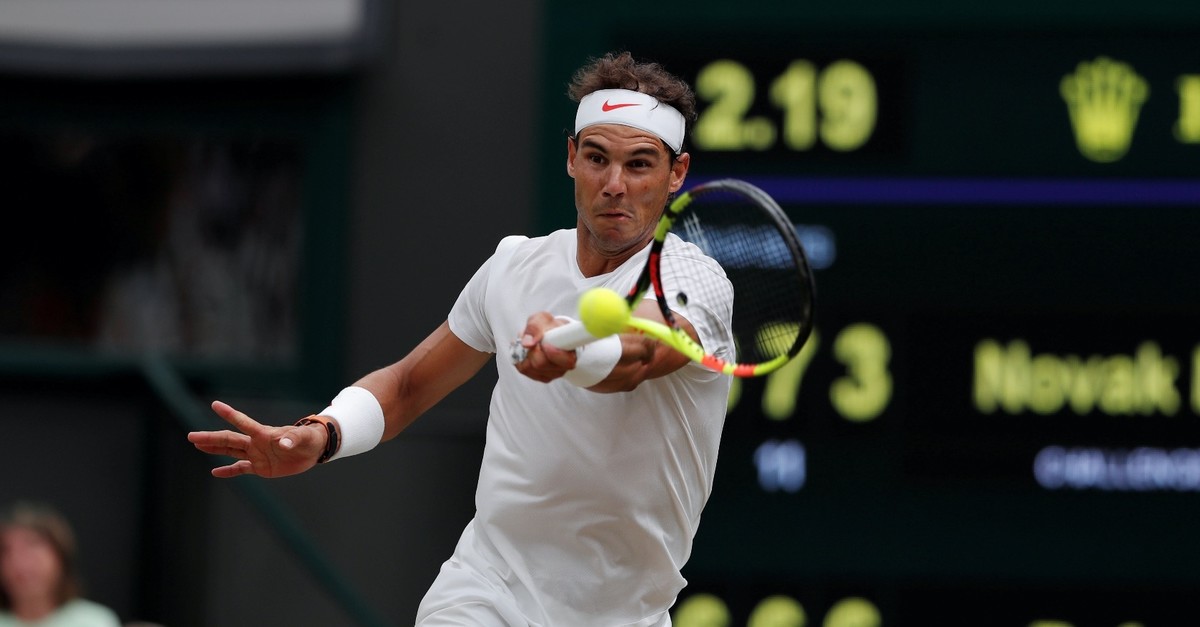 Rafael Nadal heads to Wimbledon next week with questions on seedings in his mind, wary of pain that forced his withdrawal from a Miami tournament and with his sights set on the third title

Rafa Nadal received a degree of sympathy this week when he questioned a Wimbledon seedings formula that relegated him down to third in this year's draw despite a world ranking of two. After all, he has been champion there twice, is bang in form after a record-stretching 12th French Open, is injury free and last year was a whisker away from reaching the final. Despite that, the 33-year-old would be the first to admit that despite twice lifting the trophy the All England Club's lawns have not always been a happy hunting ground.

While his 2008 defeat of Roger Federer in a final for the ages stands as one of his greatest days, shock losses at the hands of Steve Darcis, Lucas Rozol, Dustin Brown and Gilles Muller represent some of his darkest moments.

Wimbledon's low bouncing lawns also provide the ultimate test of the creaky knees that disrupted Nadal's season this year and forced him to withdraw from Miami. It is why Nadal's excitement is tempered by a little trepidation every time he heads to his most erratic Grand Slam and why there is a sense of unfinished business. After backing up his 2008 triumph by beating Tomas Berdych in the 2010 final and reaching the final again in 2011, Nadal then went five visits without going past the fourth round.

Those dismissing his grasscourt prowess were forced to eat humble pie last year when Nadal roared through to the semi-finals when he lost 8-6 in the fifth set to Novak Djokovic in one of the highest-quality matches ever seen on Centre Court.

With an exhausted Kevin Anderson waiting in the final Nadal's chances of claiming a third Wimbledon crown were bright.

"Last year he was very close," uncle and former coach Toni Nadal told Reuters this month in Mallorca. "If had beaten Djokovic I think he would have won the final."

Nadal has again opted to play no competitive grasscourt matches in the build-up to Wimbledon, preferring instead to practise in Mallorca and then take part in the Aspall Classic exhibition event at the swanky Hurlingham Club where on Wednesday he was soundly beaten by Marin Cilic. Not that Cilic was reading too much into that and even suggested Nadal could be favourite to win the title and match Bjorn Borg's record of winning Wimbledon immediately after winning the French on three occasions. "Rafa now winning the French Open I feel he might be a great contender, compared even to Roger and Novak he might be, in my own feeling, he might be slightly ahead. We'll see," Cilic said after handing Nadal something of a grasscourt lesson. Nadal will sharpen his game before Wimbledon starts and despite being third favourite behind Djokovic and Federer, appears to be in the mood to do some damage. "I know I played a great event last year. I have been able to be very close to win another title there. I love to play on grass," he said shortly after claiming his 18th Grand Slam title by defeating Dominic Thiem in Paris. "Honestly, the last two years that I played in Wimbledon, I felt close again."