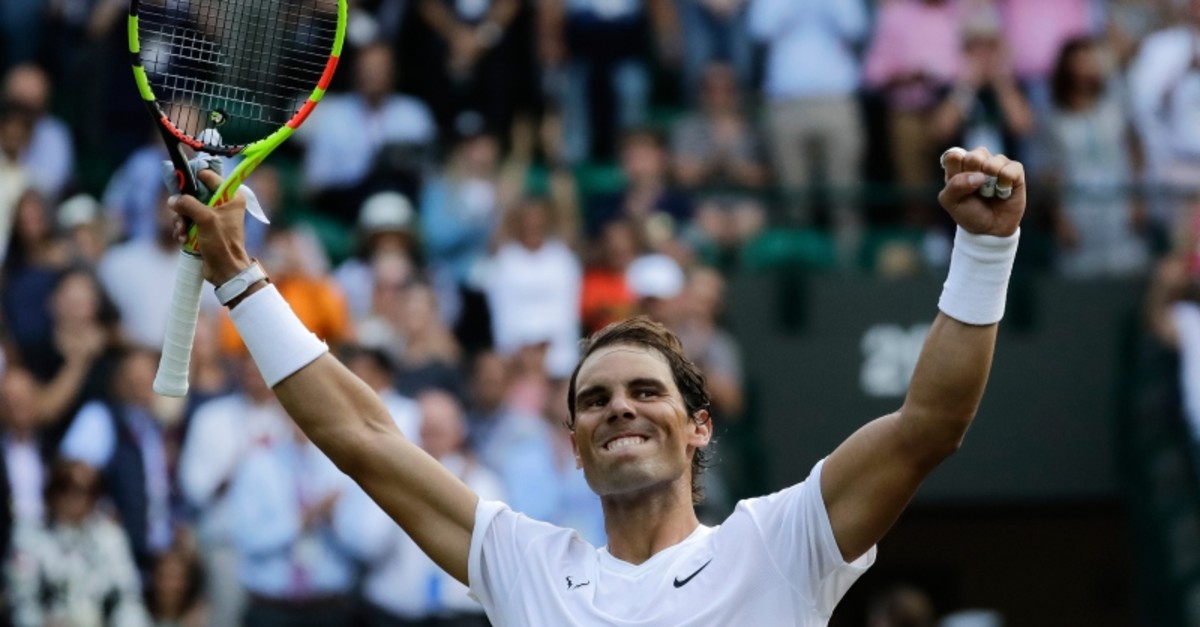 The 33-year-old Spaniard made a jaw-dropping start to his quarterfinal as he won all 12 points during his first three service games.

Querrey, a semifinalist here in 2017, finally got a foothold on Nadal's serve in the eighth game but making any form of sustained attack proved to be mission impossible.

A warning for a time violation threw third seed Nadal, who had already squandered four set points, off his service stride in the 10th game and allowed Querrey to break back for 5-5.

But that was as good as it got for the unseeded American as his serve might have been on fire but everything else was misfiring and he bowed out after the Spaniard whipped a forehand winner on match point to make sure it was game on with Federer in Friday's semifinal, a first since their epic 2008 final.

Nadal's victory meant it was the first time more than one Spanish man had reached the Wimbledon semis in the same year, with Roberto Bautista Agut also through to the last four after he beat Argentine Guido Pella in an earlier quarterfinal.

Nadal's victory also keeps alive his hopes of emulating Bjorn Borg in winning the French Open and Wimbledon titles back to back three times.