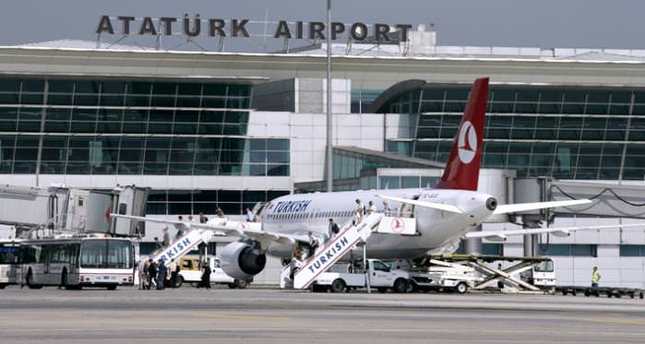 by daily sabah
Nov 06, 2014 12:00 am
Air travel was on the rise in Turkey in October, according to newly released statistics from the General Directorate of State Airports Authority (DHMİ).

There was a decline in flights over Black Sea airspace especially over Moldova and Ukraine last month while there was an increase in flights in Bulgaria, Romania and Turkey's airspace. Thus, the number of flights in Turkish airspace increased by 25.7 percent to 31,176 in October.

Istanbul's Atatürk Airport rendered service to a total of 5,200,734 passengers, while 48 percent of all air passengers across the country went through Istanbul's Atatürk and Sabiha Gökçen airports. Freight transport, including cargo, mail and luggage, totalled 271,980 with a 6.3 percent increase in October. In the first 10 months of the year, 2,462,507 tons of freight was transported in an increase of 10.8 percent compared to the same term of last year.