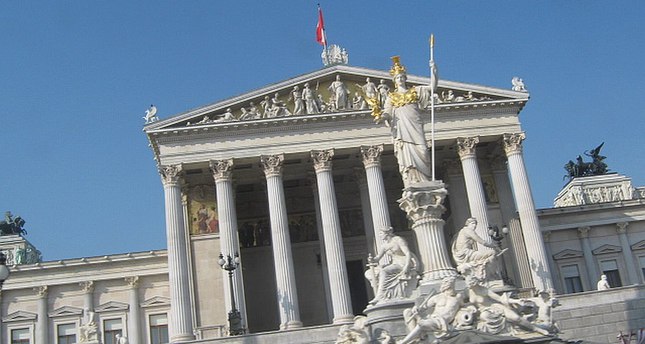 by French Press Agency - AFP
Nov 20, 2014 12:00 am
After six years of recession, Greece got an economic boost from the May through September tourist season, welcoming more than 20 million visitors. The Greek statistics agency said the economy grew by 0.7 percent in the third quarter. "Tourism did the best it could to lift the Greek economy but it can't do it all," said economist Panagoitis Petrakis at Athens University. "It was a mistake to think during the planning of the international aid (for Greece) that the recovery would come from exports," Petrakis added.

Unlike other debt-hit Eurozone countries rescued by international bailouts, Greece's exports have "only marginally recovered" from the low of 2008/09, the European Commission said in a June report. "There's a big difference between Greece and the other countries that went through restructuring programs, such as Ireland and Portugal or received aid for its banks like Spain," said German researcher Jens Bastian, an expert on the Greek economy.

Ireland, Portugal and Spain saw their exports recover by 2013, even surpassing the level they were at before the 2008 financial crisis, the Commission report showed. In the same period Greek exports recovered very slowly and failed to regain their 2008 level. Exports declined 0.2 percent between 2012 and 2013 (minus 2.0 percent without fuel and oil products) and minus 7.2 percent in the 12 months between October 2013 and September 2014. Oil products top Greek exports, followed by manufactured goods and agricultural products. Turkey in the past few years has become the top destination for Greek exports, accounting for 11.7 percent of them, followed by Italy at 8.9 percent and Germany at 6.5 percent. Emboldened by the successful summer season, the tourism industry is calling on the government to create a 12-month-long tourism season.